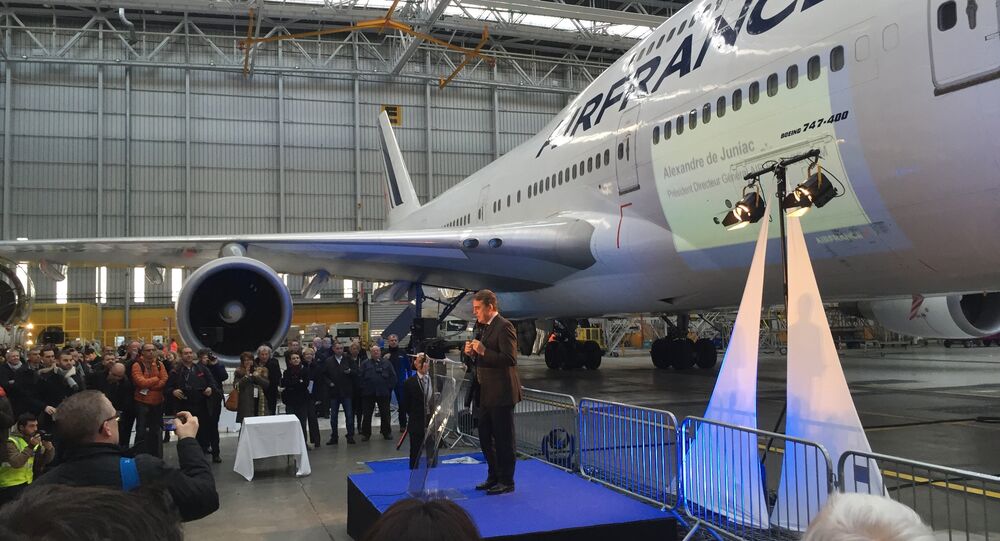 The news comes as planes remain grounded due to strict national lockdowns in a bid to stop the spread of the ongoing COVID-19 crisis, causing passenger numbers to fall sharply by 67 percent. 2020 was also cited as the "worst" year for aviation in history, a top global transport association has said in recent comments.

Air France-KLM nosedived to €7.1bn ($8.5bn) in 2020 amid the ongoing coronavirus pandemic, the company revealed in its 2020 yearly report on Thursday.

Last year “tested the Air France-KLM Group with the most severe crisis ever experienced by the air transport industry," chief executive Ben Smith said in a statement.

The news comes after the respective governments of the French-Dutch aviation giant pledged billions in aid to buoy revenues for the troubled travel season put on hold due to the global COVID-19 pandemic.

Cargo transport and flight schedule changes helped the firm to battle the fall in bookings, the company said.

“Thanks to the French and Dutch state support and this agile way of working, we were able to drastically reduce our costs, protect our cash, and continue the execution of major transformation plans within our airlines,” Mr Smith added.

According to the report, revenues plummeted 60.4 percent, or €9.2bn, including €2.1bn in restructuring and other measures the same year due to the pandemic.

But the carrier added it hoped for an improvement this year “as soon as vaccination is deployed on a large scale and borders once again reopen”.

“It was with pain in our hearts that we had to say goodbye to more than 5,000 hard-working and dedicated colleagues in 2020,” he said in a statement.

The statements come after the International Air Transport Association, representing 82 percent of all global traffic, reported in early February that traffic in 2020 sank 65.9 percent compared to the year before and international travellers were slashed 75.6 percent below 2019 levels. According to figures from the organisation, 2021 would improve by 50.4 percent but faced a "severe downside risk" if governments continued to impose severe travel restrictions to control the spread of coronavirus.