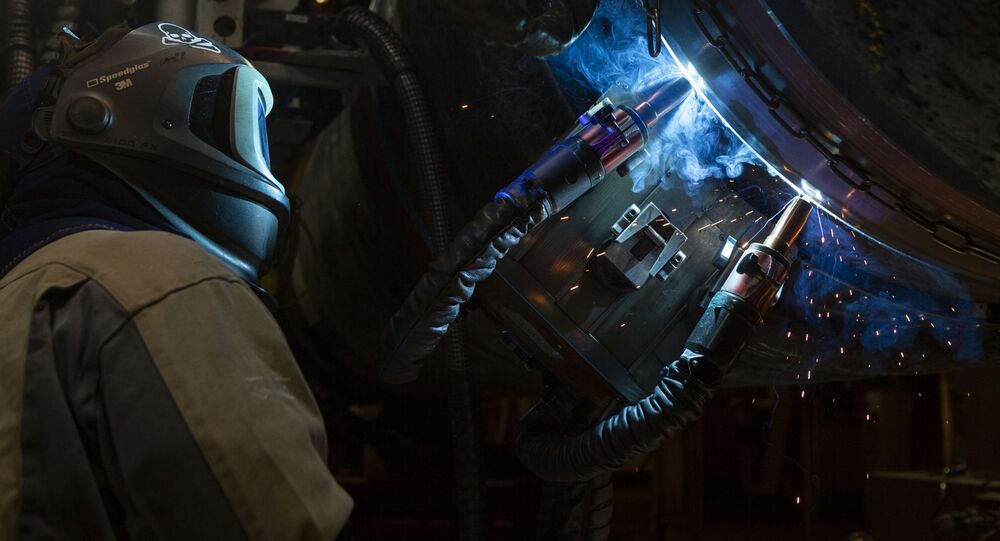 France’s demand that Germany halt construction of Nord Stream 2 is unreasonable and would cost German taxpayers dearly if implemented, Klaus Ernst, the Die Linke lawmaker who heads the Bundestag’s Economic Affairs and Energy Committee, has said.

“The French government’s demand to stop the construction of Nord Stream 2 is unreasonable and erroneous. Stopping a project which has already been approved will burden German consumers with higher gas prices due to compensation payments for investments that have already been made,” Ernst told reporters on Monday.

His comments follow Clement Beaune’s remarks about the possibility of the EU expanding proposed sanctions against Russia over its treatment of Navalny to include Nord Stream 2. “We have always said we have the greatest doubts on this project in this context,” Beaune said, speaking to France Inter radio on Monday.

France’s Engie, one of the five Western European energy companies involved in the project, has yet to address Beaune’s remarks. French investment in the project, which includes state support, consists of nearly a billion euros, with Russia’s Gazprom, Germany’s Uniper and Wintershall, Austria’s OMV and the Anglo-Dutch Shell contributing the rest.

Once completed, the $10.5 billion, 1,230 km pipeline project will be able to pump Russian gas and hydrogen from Vyborg, Russia to Griefswald, Germany along the bottom of the Baltic Sea. Once completed, the infrastructure will double the capacity of the existing Nord Stream network from 55 to 110 billion cubic meters of gas per year. The extra capacity is expected to help guarantee Germany’s energy security as the Central European industrial giant weans itself off nuclear and coal power.

© AP Photo / Jens Buettner
Berlin Will ‘Cut the Branch It Sits On’ If It Halts Nord Stream 2’s Construction, Ex-Chancellor Says
Opponents of the project, particularly the United States and Poland, have argued that the extra capacity will make Germany and Western Europe as a whole woefully dependent on Russian energy. US lawmakers introduced two separate rounds of sanctions against Nord Stream 2 in 2019 and 2020. Last week, Joe Biden’s press secretary said the president considers the pipeline to be a bad deal for Europe, intimating that Washington will continue to put pressure on the project in the hopes that the continent buys more expensive American tanker-delivered LNG.

Navalny was detained in Moscow’s Sheremetyevo Airport on 17 January after returning from Berlin, where he received treatment for alleged poisoning last summer and fall. The opposition vlogger is being held for 30 days in connection with repeated violations of the terms of his probation for a 2013 embezzlement case. His detention has sparked two weeks of street protests in Moscow and other Russian cities.