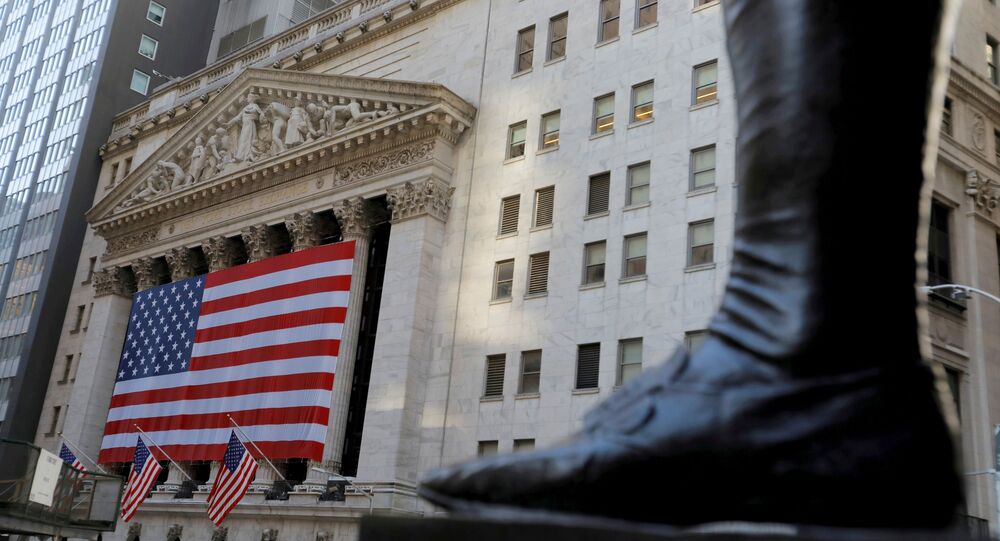 GameStop's stock has jumped nearly 400% in the last business week, with a 70% gain on Friday alone, despite numerous attempts by brokerage firms to limit traders' ability to buy stock in the struggling video game vendor. Paradoxically, this has caused several institutional investors to lose billions for betting against its success.

The battle between small-time online stock traders and professional Wall Street investors has taken its toll on institutional investors, with hedge funds registering an estimated $70.87 billion in loss in the past month alone, thanks to a short squeeze, according to financial data analytics firm Ortex, with $19 billion of that just on shorted GameStop stocks.

Short sellers make their money by borrowing stocks and trading them away, gambling their value will decline before they repay the loan. By buying the stocks back at a lower price, traders get to pocket the difference. However, if they guess wrong, their potential for loss is theoretically infinite.

That’s what’s happened with a number of commonly short-sold stocks over the last few weeks, including American Airlines, AMC Theaters, Bed, Bath & Beyond, and GameStop, which amateur investors coordinating on the WallStreetBets subreddit banded together to buy the stocks of and hold, driving up their value. For small-time investors, the ballooning stock prices have become life-changing windfalls that have enabled them to afford expensive medical procedures and escape debt while simultaneously thumbing their nose at institutional investor giants that sought to gain through the failure of the stock.

According to Ortex, the number of GameStop shares being shorted had fallen on Thursday to 39,000. In the month of January alone the losses on short positions on GameStop’s stock reached $19 billion, with $8 billion lost just on Friday as the brick-and-mortar video game store’s stock surged again, finishing at $328.24. It began the week at $96.80 and began the month at just $18.84.

Those losses are theoretical, as few of the debts have so far been realized. However, professional investors are said to be furious about being the giant in this David and Goliath situation.

Leon Cooperman, chairman and CEO of the New York-based hedge fund Omega Advisors, put the issue in no uncertain terms on Thursday, telling CNBC’s Scott Wapner that "The reason the market is doing what it's doing is people are sitting at home getting their checks from the government, basically trading for no commissions and no interest rates … This ‘fair share’ is a bullshit concept. It is just a way of attacking wealthy people and I think it’s inappropriate.”

Massachusetts Secretary of the Commonwealth William Galvin told CNBC on Wednesday there should be a 30-day pause on trading GameStop stock because it “undermines the system.” He said the volume of short positions taken on GameStop by institutional investors creates structural risk and “has to be addressed immediately” because it “creates uncertainty in the marketplace.”

After a tweet by his Citron Research analytics page that attempted to drive prices down won the disdain of the independent trading community, Andrew Left, one of the short sellers that lost big on GameStop, announced on Friday that he would no longer publish “short reports” and would instead “focus on giving long side multibagger opportunities for individual investors.”

Left claimed that he closed out of his position on GameStop on Wednesday evening, stating that he had accounted for nearly all of his losses. However, another hedge fund, Melvin Capital, lost some $3.75 billion before claiming that it too had closed out on Wednesday, according to the Financial Times.

Someone familiar with the finances of Point72, a hedge fund run by New York Mets owner Steve Cohen, told the New York Times on Friday that the firm had lost 15% of its value this year - an estimated $2.85 billion of its $19 billion value. D1 Capital Partners, a $20 billion hedge fund owned by investor Dan Sundheim that, according to Bloomberg, was one of the best performing hedge funds last year, lost 20% of its value in January alone.

Professional investors, however, found an unexpected ally on Friday in Massachusetts Democratic Senate Elizabeth Warren after she called on the Securities and Exchange Commission (SEC) to investigate independent trading done by participants in the WallStreetBets subreddit, as well as into the massive short selling of GameStop stock.

“The Commission must review recent market activity affecting GameStop and other companies, and act to ensure that markets reflect real value, rather than the highly leveraged bets of wealthy traders or those who seek to inflict financial damage on those traders," Warren wrote in a letter to the SEC. "To protect and restore public trust in sound securities regulation and enforcement, the Commission must identify gaps in existing securities laws and rules and ways in which the Commission can improve its enforcement capabilities."

In the aftermath of the 2008 financial crash, widely blamed on hedge funds for adding too much risk to the banking system, Warren spearheaded the passage of the Dodd-Frank Wall Street Reform and Consumer Protection Act and the creation of the Consumer Financial Protection Bureau to monitor their investment practices.