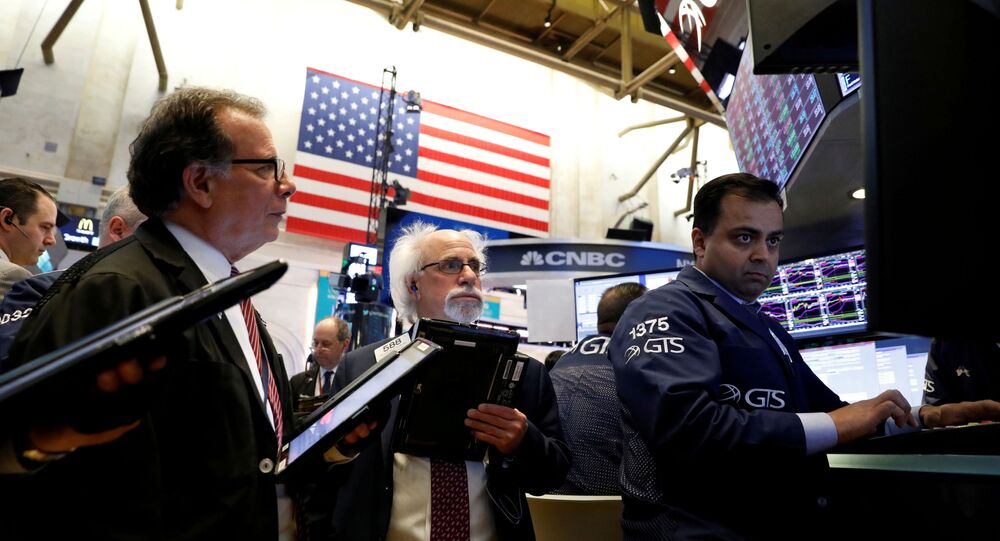 What started as an effort to save the shares of an underperforming videogame retailer from being shorted by large Wall Street hedge funds, quickly grew into an independent traders' movement aiming to perform a "short squeeze" – an overthrow of the short positions made by institutional investors that drive prices on certain assets down.

The shocking GameStop share rally caused by the collective efforts of members of the WallStreetBets subreddit and others, spread to other assets that had been shorted by major hedge funds. Following GameStop's exorbitant price rise, which overshadowed the performance of many stock market giants and favourites such as Tesla; shares of AMC Entertainment, Koss headphone manufacturer, Naked Brand Group fashion brand and American Airlines Group grew even despite dim prospects and low financial expectations for some of those companies.

AA recently issued a pessimistic outlook at the air carrier market suggesting that the effects of the pandemic will continue to negatively affect the industry for some time over the near future. Yet company's shares jumped, from $15.5 per share on 26 January, to $20.3 per share at the start of 28 January, after it was suggested that retail investors the WallStreetBets subreddit initiate a "short squeeze". The approach aims to target shares that are heavily shorted by the large Wall Street hedge funds in hopes of boosting their price.

The funds are yet to reveal their losses on short positions after shares of several underdogs started suddenly moving up to 100% per day, but many netizens, who either participated in the effort of simply followed the bizarre events, praised the apparent success of the campaign.

"do not sell" is trending. reddit has not only prevented the stock shorting of gamestop, amc, and gme, they are treating the stock more responsibly than 99% of professional traders. they are SAVING these companies by holding onto their shares, and not dumping them for the payout.

The day is young. $NAKD will go to the moon but only if we hold. Hold the line and do not sell. LETS RIDE 🐎🚀

The buys by the Redditors did not go unnoticed. Several trading platforms, including Robinhood, which had become highly popular among retail investors during the pandemic, closed user access to selling the shares after they become extremely volatile, allowing them only an option to close their position by selling the stock. The latter would naturally lead to major dives in their price amid a sell-out, the first signs of which are already noticeable on price graphs. American Airlines dropped to $18 per share, while Gamestop dove from the peak value of $469 per share all the way down to $235.

Netizens were infuriated by the actions of Robinhood and similar platforms, although not all acted voluntarily. Self-described social investing app Public informed its users that the decision to stop the trading on GameStop, AMC Entertainment and Koss came from the clearing company which processes sell and buy requests made by investors, and settles the deal. While Public issued a statement in which it disagreed with the decision of the clearing company, netizen anger was already impossible to contain as they accuse the trading companies of manipulating the stock market.

Yo this is a fucking CRIME what @RobinhoodApp is doing DO NOT SELL!!! HOLD THE LINE... WTF 🤬

This is market manipulation. Pure and simple. pic.twitter.com/a8kRqiTnzp

Social media users called on fellow investors to hold their positions despite a halt on trading, arguing that they will be able to prevail in this perceived battle of wills with institutional Wall Street brokers.

DO NOT SELL. Strength in numbers. Hold or buy more, but DO NOT SELL. pic.twitter.com/R0OXJ2l7zu

DO NOT SELL. As the great Toto once said, HOLD THE LINE #DONOTSELL pic.twitter.com/9GjLmaSafI

Retail investors are not the only ones to complain of a halt on trading volatile instruments. US politicians from both sides of the aisle expressed concern over the move. House Speaker Nancy Pelosi suggested that the US Securities and Exchange Commission might be willing to look into the matter for signs of misconduct. Democrat House lawmaker Alexandria Ocasio-Cortez called the actions of Robinhood "unacceptable" and suggested to hold a hearing on the matter. She was strongly supported by Republicans Ted Cruz and Roger Marshall.

At some point, the GameStop craze stopped being only about money for some investors, who pledged to "hold the line" and "do not sell" under any circumstances calling it a matter of principle.

DO NOT SELL #HoldTheLine It’s not about the money.... pic.twitter.com/aJQ6zDIC6k

DO NOT SELL GME, HOLD. TEACH THEM A LESSON pic.twitter.com/3UQc9l0JX0

The wild events at the stock markets impressed even people who have never participated in the global investment architecture. Some shared that they simply loved "the energy" created by the movement.

Love this energy! DO NOT SELL #AMC GME NOK HOLD THE LINE, NOT ONE STEP BACK. pic.twitter.com/5QUkzyWYcs

$0 invested in stocks but 100% invested in this energy HOLD THE LINE!! DO NOT SELL!! I love this song pic.twitter.com/KdKlMDBVxL