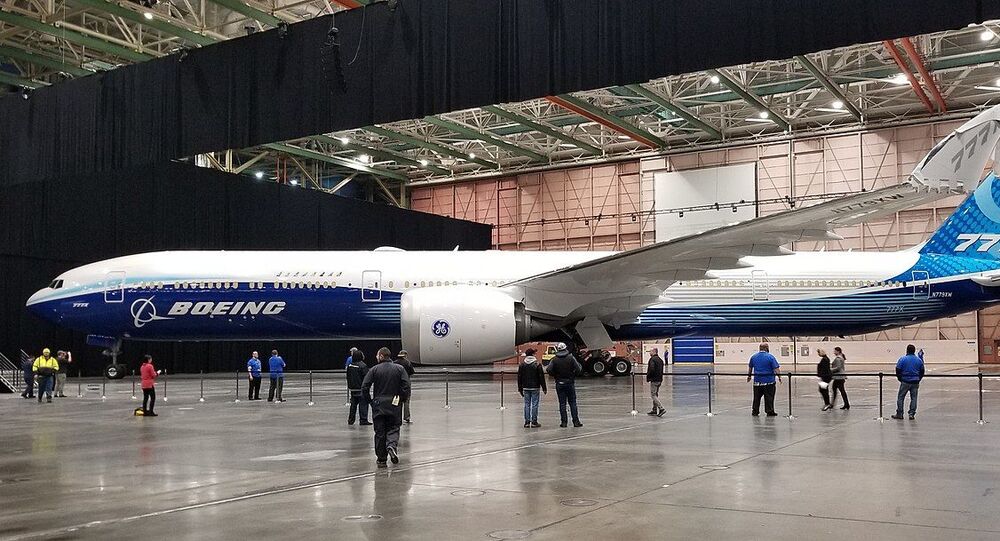 The Boeing 777x, promoted as the "world's largest and most efficient twin-engine jet," took its first flight one year ago and, while the flagship aircraft has since completed over 500 test flights, the COVID-19 pandemic has extended an already-delayed release.

Boeing President and CEO Dave Calhoun revealed to company employees on Wednesday that the Boeing 777X jetliner, originally slated to debut in 2019, will not be released until late 2023.

"As part of our fourth-quarter results, we also shared that we now anticipate that the first 777X delivery will occur in late 2023," the company news release reads. "This schedule, and the associated financial impact, reflects a number of factors, including an updated assessment of global certification requirements, our latest assessment of COVID-19 impacts on market demand, and discussions with customers with respect to aircraft delivery timing."

The 777X is Boeing's most recent version of the 777 and, according to their website, "will be the world’s largest and most efficient twin-engine jet, unmatched in every aspect of performance."

“I’m sure glad 2020 is in the rear-view mirror,” Boeing Chief Executive Officer Dave Calhoun said during a Wednesday appearance on CNBC’s "Squawk Box."

Last year also brought the return of the 737 Max to the skies, following 21 months of grounding and recertification tests in connection to two fatal crashes that together killed 346 people.

“Based on everything we learned in the 737 MAX recertification effort, we put more time into the 777X effort. It’s going to be a little more costly and take more time to certify,” Calhoun told the CNBC host.

Boeing has taken a significant financial hit, however, burning through some $4.27 billion in the fourth quarter, while sales fell to $15.3 billion, or 15%, according to Bloomberg. The Chicago, Illinois, manufacturer managed to deliver 157 jets versus the 566 issued by rival Airbus SE.

Overall, the company finished the year with $25.6 billion in cash and securities and reported a $12.7 billion operating loss.

Yahoo Finance reported that over 40 737Max jets have been delivered to customers and around 410 additional 737Max jets remain in storage.

Despite the obvious hurdle, Calhoun has expressed that recovery for the company will begin "mid to late summer."

“Things are getting better on the Max while other programs get worse,” said Robert Spingarn, an analyst with Credit Suisse Group AG. “That’s why this is a year of recovery.”