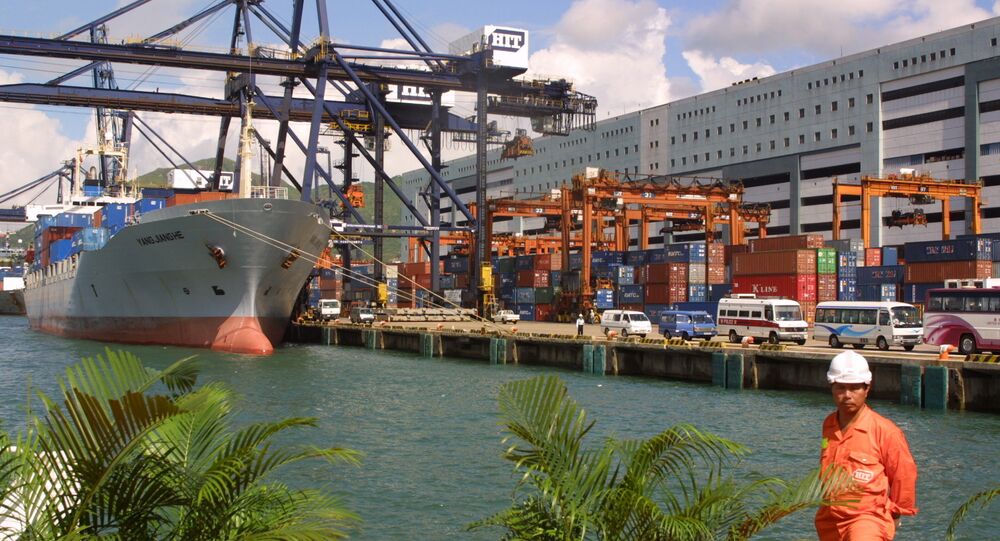 Influential foreign policy think tanks in Washington are putting heavy pressure on newly-minted US President Joe Biden not to shred his predecessor’s “get tough” approach on China, which has included sanctions, tariffs, and the blacklisting of Chinese companies.

The US has rejected a request made by Hong Kong at the World Trade Organization (WTO) for a dispute settlement panel over the Trump administration’s extension of “made in China” labeling requirements to products from the semi-autonomous city. Hong Kong is likely to appeal, which would force the issue.

According to Reuters, the US WTO delegate rejected the request by Hong Kong, which is a WTO member in its own right, reflecting its status as a Special Administrative Region of China. However, according to WTO rules, the defending member only gets unilateral refusal power on the first request. Hong Kong can later issue a second request for a panel, at which time it would take a consensus decision by all 164 WTO members in order to block it.

The US delegate said that the refusal stems from the recent change of administration in Washington DC, in which Biden took office just five days ago. His nominee for US Trade Representative, Katherine Tai, is not expected to go through her congressional confirmation hearing until next month. Until then, Biden has temporarily appointed Maria Pagan to head the office.

At issue is a July 2020 order by then-US President Donald Trump removing Hong Kong’s special trade status. The US began requiring “Made in China” labels on goods manufactured in Hong Kong before they could be imported to the US.

Trump’s move followed the recent passing of a new National Security Law in Beijing that for the first time included Hong Kong. The law banned, among other things, the transmission of funds to groups that China claims support secession or terrorism, and followed years of violent protests in Hong Kong that were purportedly led by US-backed protest groups. Washington claimed this law deprived Hong Kong of its autonomy, turning it into another mainland Chinese city.

At the WTO’s closed-door meeting on Monday, the Hong Kong delegation argued the decision was blatantly discriminatory and failed to recognize that Hong Kong is a separate customs territory and a WTO member in its own right,” according to the South China Morning Post, who has offices in the city.

The representative said the labeling places an “unnecessary burden” on Hong Kong businesses as well as causing “confusion and concern” for consumers and markets. They also argued that Hong Kong is - in and of itself - its own “brand”.