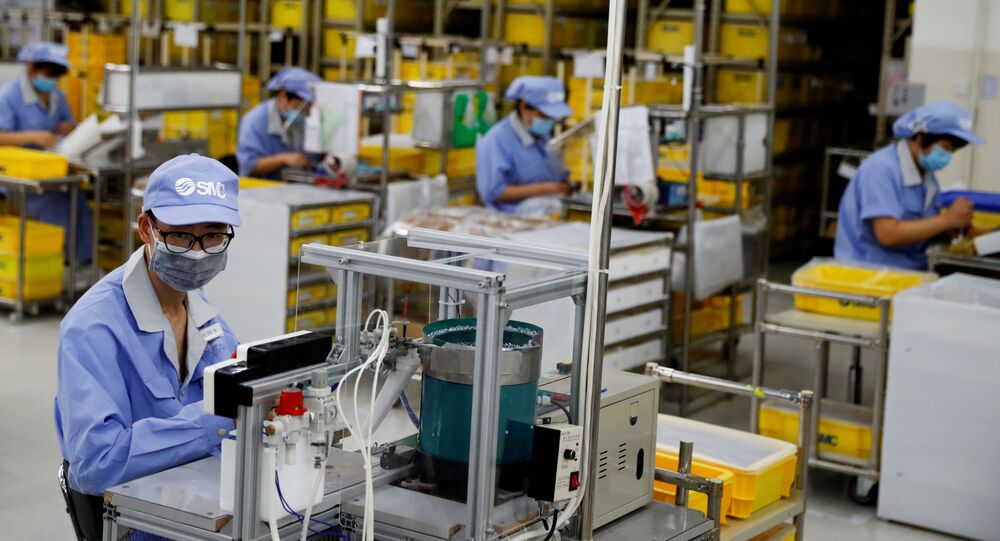 The economic calamity caused by COVID-19 is expected to cost the world economy around $9 trillion. IMF Chief Kristalina Georgieva has said the world is on track to post the worst economic downturn since the Great Depression. China, however, managed to grow its economy by 2.3% in 2020 despite the widespread woes of its competitors.

China overtook the United States to become the largest recipient of foreign direct investment in 2020, seeing asset flows grow by 4 percent to $163 billion total as the United States witnessed a 49 percent drop, closing out the year with $134 billion total, the United Nations Conference on Trade and Development (UNCTAD) Investment Trends Monitor has reported.

UNCTAD expects FDI to continue a precipitous decline in 2021, with investment predicted to drop another 5-10 percent through the year due to the lingering impact of the downturn in economic activity.

Europe’s FDI suffered an even more catastrophic drop than the US, finishing the year with a balance of negative $4 billion. The United Kingdom, meanwhile, saw FDI drop to zero, while Australia saw foreign asset inflows drop by 46 percent, to $22 billion.

China was not the only winner in the investment rebalancing act, according to the UNCTAD’s figures, with lockdown-free Sweden seeing flows more than double, from $12 billion in 2019 to $29 billion in 2020. Japan, which also resisted hard lockdowns introduced by many other developed countries, also saw its FDI grow, from $15 billion to $17 billion.

© REUTERS / TT News Agency/Johan Nilsson
A Swedish police officer adjusts a protective mask at the border control point at Hyllie station, as the Swedish government shut the border after a mutated strain of the coronavirus was discovered in Denmark, in Malmo, Sweden December 22, 2020

Israel, which joined the US and Europe in stricter lockdowns, nevertheless saw FDI grow, from $18 billion to $26 billion, with analysts attributing this to large-scale inflows into Israeli high-tech firms working on everything from remote work applications to military, security products and e-commerce, including a range of programmes using artificial intelligence. India also saw a 13 percent growth in FDI, also due to investments in the digital sector, according to UNCTAD.

© CC BY 2.0 / Jernej Furman / US Dollars and a face mask
Coronavirus Billionaires: Forbes Lists 50 New Medical Industry Moguls Who Got Rich Off Pandemic
James Zhan, director of UNCTAD’s investment division, predicted that “the effects of the pandemic on investment will linger”, with investors “likely to remain cautious in committing capital to new overseas productive assets”, focusing instead on technology and healthcare, both of which have enjoyed a boom amid the pandemic.

The economic downturn caused by the coronavirus crisis has led to a major restructuring of financial power among countries and a redistribution of wealth within many nations, with the world’s wealthiest seeing their fortunes grow by hundreds of billions of dollars even as ordinary people have suffered widespread job loss, the threat of evictions, and, in some countries, bankruptcies due to lack of health care.