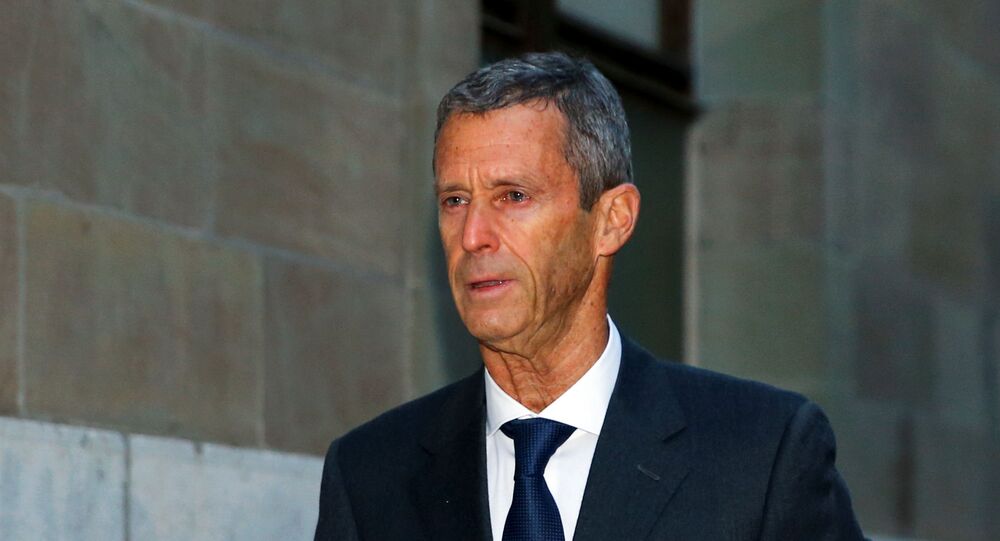 The case focused on suspected payouts of millions to late Guinean President Lansana Conte's former wife, revealing the shady and complicated world of deal-making and cutthroat rivalry in the lucrative mining industry.

A court in Geneva convicted Israeli diamond and mineral magnate Beny Steinmetz on Friday on charges of abuse of foreign agents and falsification of records in a trial in Guinea over an attempt to extract luxurious iron ore resources, sentencing him to a five-year term in prison, the Times of Israel reported Friday.

64-year-old Steinmetz, who is considered one of Israel's wealthiest citizens, was also ordered to pay a $56 million fine in Swiss francs to the state of Geneva. Marc Bonnant, his defense counsel, said he would appeal Saturday's court decision.

Steinmetz, who holds both French and Israeli citizenship, listened and jotted down notes as the judge, Alexandra Banna, read the details of the case and the decision for two hours, according to the report.

"It is clear from what has been presented… that the rights were obtained through corruption and that Steinmetz cooperated with others" to obtain them, said Banna, as she sentenced Steinmetz “to a deprivation of liberty for five years”, in accordance with the prosecutors’ application.

The Israeli businessman reportedly denied the charges, calling the verdict a "big injustice".

The case, according to the report, dating to the mid-2000s, involved the BSGR Party of Steinmetz pushing out a competitor in Guinea's southeastern Simandou region for mining rights for large iron ore deposits. According to the Swiss prosecution, Steinmetz and two partners bribed the wife of former Guinean President Conte and others in order to gain those mining rights. Shortly before Conte died in 2008, Steinmetz secured the rights after around $10 million was paid in bribes over a number of years, some via Swiss bank accounts.

Conte's government reportedly forced the global mining company Rio Tinto to give up two concessions to BSGR in 2008 for around $170 million, and just 18 months later, BSGR sold 51% share of the purchase to Brazilian mining giant Vale for approximately $2.5 billion.

The judge ruled that Steinmetz was the primary beneficiary of the crime, adding that "the court does not consider any mitigating circumstances". Steinmetz's associates reportedly received lesser sentences.

© Flickr / Jamie McCall
Samsung Chief Reportedly Sentenced to 2.5 Years in Jail Over Corruption Scandal
The case concluded an international, long-lasting investigation that started in 2013 in Switzerland. That year, Guinea's first freely elected president, Alpha Conde, initiated a review of Conte's permits and subsequently stripped the BSGR and Vale-formed VBG consortium of its permits.

Prosecutors alleged that Steinmetz and representatives in Guinea entered into a "pact of corruption" with Conte and his fourth wife, Mamadie Toure, to secure the initial contract.

As a state witness, Toure, who has confessed to having earned fees, has protected status in the United States. She and a number of other primary witnesses did not testify in the case. Steinmetz insisted Toure "told a lot of lies", claiming she wasn't even the wife of the late Conte.