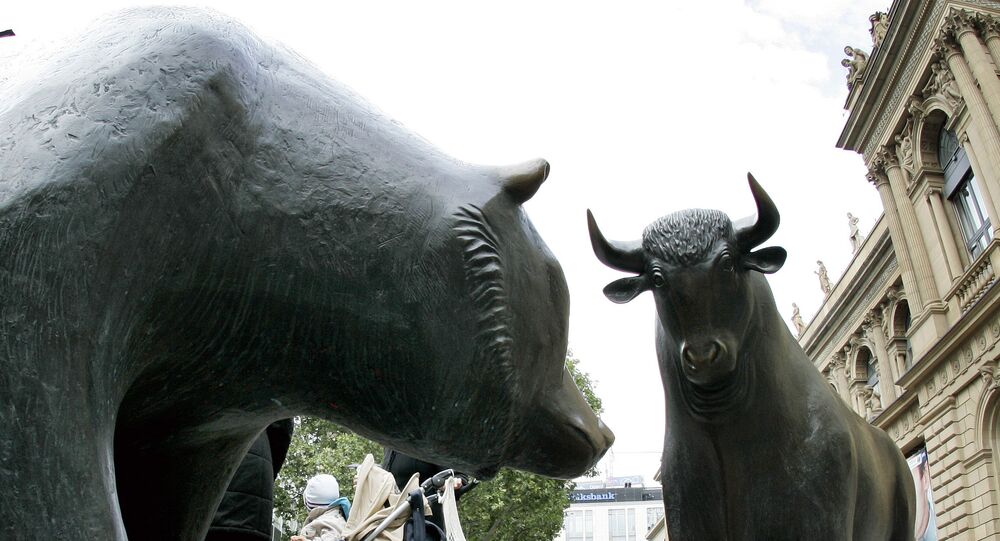 The Dow Jones Industrial Average hit a new all-time high on Wednesday following Joe Biden’s inauguration. The value of stocks has grown steadily since 2009, with the Dow alone tripling in value, notwithstanding economic factors such as high unemployment, stagnant wages, and high debt levels among ordinary Americans.

Bank of America, the US’s second largest bank with assets worth well over $2 trillion, has warned its customers that the “extreme rally” witnessed on Wall Street is the result of Federal Reserve policy, and that it's fuelling the blowup of a massive bubble that could soon burst.

“D.C.’s policy bubble is fuelling Wall Street’s asset price bubble,” a note said to have been sent to investors Friday and seen by Bloomberg reads, referring to the Federal Reserve’s support for risk assets, i.e. those assets which are not risk-free.

“When those who want to stay rich start acting like those who want to get rich, it suggests a late-stage speculative blow-off,” the note adds, referring to the high levels of high-risk speculation among wealthy investors. The letter, penned by BofA eggheads led by chief investment strategists Michael Hartnett, warns that a ‘market correction’, i.e. a drop in stock prices, is expected sometime later this year, with the bank’s so-called Bull & Bear Indicator already coming close to a “sell signal.”

The bank warns its clients of the coming "volatility events" and compares it to past bubbles, including the 2007-08 housing market collapse and the dot-com bubble of the early 2000s that proceeded it, amid ballooning Central Bank balance sheets in the US and Europe. Bank of America expects the Federal Reserve’s balance sheet to reach the equivalent of 42 percent of GDP in 2021 amid an expected budget deficit of 33 percent of GDP.

The US budget deficit hit an all-time high of $3.1 trillion in 2020, more than doubling the previously-set record. Before that, the deficit, or the difference between government spending and the amount of money the state collects from taxes and by other means, grew consistently under both Barack Obama and Donald Trump from a post-2008 crisis low of $439 billion in 2015.

© REUTERS / BRENDAN MCDERMID
US Stocks Hit Record Highs as Biden Presidency Begins
Trump repeatedly criticised Obama over his deficit spending, and even promised to eliminate America’s whopping $20 trillion in debt over two terms during his 2016 campaign. The president appeared to have given up on the campaign promise during his tenure, with federal debt exploding to over $27.8 trillion, i.e. about a third of the total value of the global economy, but the time he left the White House.

Despite the gargantuan amounts of debt, the US remains in a unique position relative to other nations, with the S dollar’s status as the de facto world currency allowing the Fed to continue printing and exchanging money for physical goods at rates that would send most other nations into Weimar Republic-style inflation and financial ruin. So long as the US is deemed able to continue paying off its debts by creditors, Washington can continue to pursue its deficit spending without large-scale effects beyond manageable inflationary pressures.