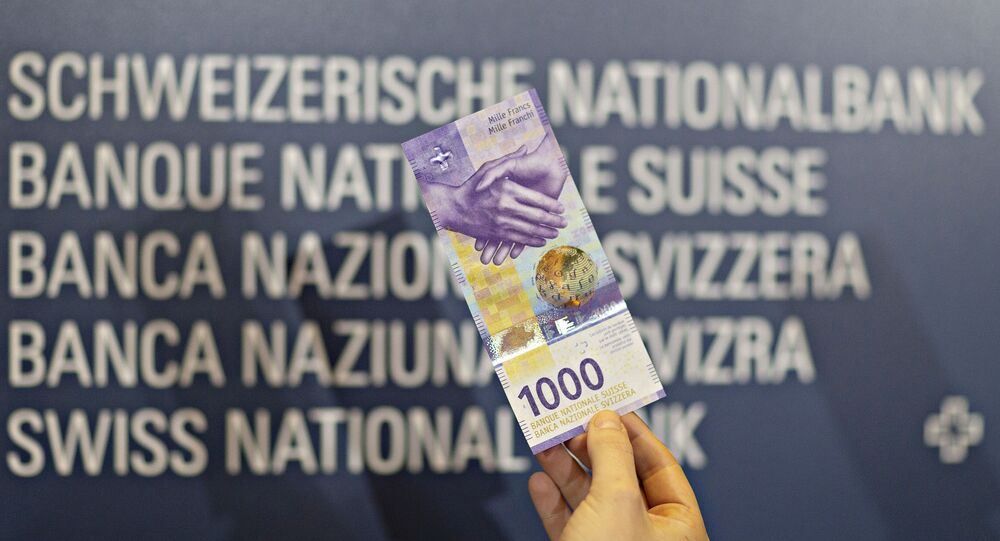 Last year, Swiss authorities slapped sanctions on several senior Venezuelan officials which stipulate an entry and transit ban to Switzerland and a freeze on any assets held in the European country’s banks.

According to the news outlet, it makes Venezuela “the largest source of suspicious funds in Swiss banks”.

The newspaper also quoted an unnamed Zurich police source as saying that the money had been spread over hundreds of accounts in around 30 banks.

The Zurich public prosecutors’ office has not commented on the matter yet.

The reported developments come amid Venezuela’s strained relations with Switzerland which joined the EU’s sanctions against the South American country last year, imposing restrictive measures against an array of Venezuelan officials.

Earlier that year, the Council of the European Union accused them of "creating obstacles to a political and democratic solution to the crisis in Venezuela”.

© Sputnik / Magda Gibelli
Venezuela Aims to Overcome Effects of US Sanctions With New Legislation, Maduro Says
Venezuela has also been under extreme sanctions pressure from the US, as Washington confiscated billions of dollars in foreign assets belonging to state oil giant PDVSA and threatened restrictions against countries buying the Latin American nation’s crude in an effort to oust Maduro's government.

In 2019, Venezuelan opposition figure Juan Guaido, who proclaimed himself interim president, led an unsuccessful coup attempt, after being recognised by the Trump administration in January that year.

Maduro has repeatedly accused Washington of seeking to overthrow his government in a bid to get its hands on Venezuela’s vast energy reserves and mineral resources.