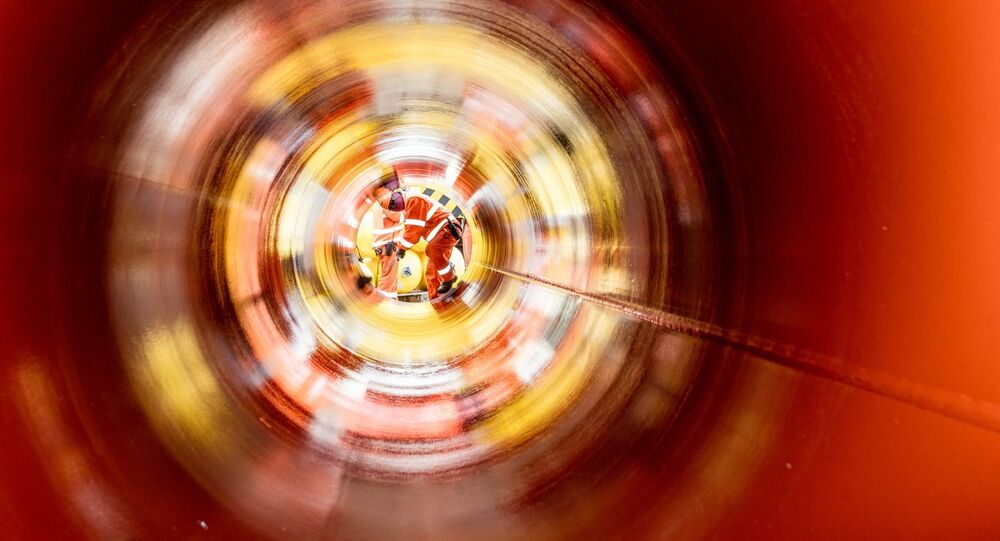 Rejection of Nord Stream 2 Would Be ‘Political Suicide’ for Berlin, German MP Says

German officials and industrial magnates have repeatedly underscored the importance of the Nord Stream 2 project as a means to guarantee Berlin’s energy security amid the country’s phase-out of nuclear and coal power.

In an interview with the Russian news network 360 on Saturday, German MP Waldemar Herdt warned Berlin against rejecting the Nord Stream 2 gas pipeline project as he referred to Germany’s drive for a step-by-step closure of its nuclear power plants.

“Refusing Nord Stream 2 is nothing but [political] suicide”, Herdt said, pointing to the “enormous” lack of energy in Germany at the moment.

He argued that even though Nord Stream 2 “will not resolve Germany's energy needs”, the situation may further deteriorate if the country declines to launch the project.

“This is complete absurdity and nonsense”, the lawmaker pointed out, referring to plans to abandon the project.

The remarks followed Herdt expressing confidence that the pipeline “would be completed regardless of how the outgoing and incoming US administration will act on the matter”.

"Whatever the situation is in America, one thing unites them all - a huge unwillingness to see constructive and business-like development of relations between Russia and Germany”, Herdt underscored.

According to him, due to the situation on the energy market, the German government now "has no other choice" but to support the Nord Stream 2 project.

The MP spoke after German Foreign Minister Heiko Maas told the news agency Deutsche Presse-Agentur (DPA) on Monday that Berlin will not yield to pressure from Washington in the two's dispute over Nord Stream 2 even after the transfer of power in the US in January.

© Sputnik / Sergey Guneev
German State Reportedly Rushes to Set Legal Protections to Ward Off US Sanctions on Nord Stream 2
When completed, Nord Stream 2 will be a 745-mile twin pipeline carrying about two trillion cubic feet of gas annually from Russia to Germany via the territorial waters or exclusive economic zones of Denmark, Finland, Germany, Russia, and Sweden.

The US and some of its allies in Europe have been opposing the project, claiming that it will increase European dependence on Russian gas. Moscow denies the allegations, saying the project is purely economic, and urges the US not to politicise it.

The National Defence Authorisation Act (NDAA), which was recently passed by the US Congress, has paved the way for US sanctions against Nord Stream 2. Russia has repeatedly stressed that the US’ intention to slap sanctions on the project is nothing but unfair competition that violates international law.