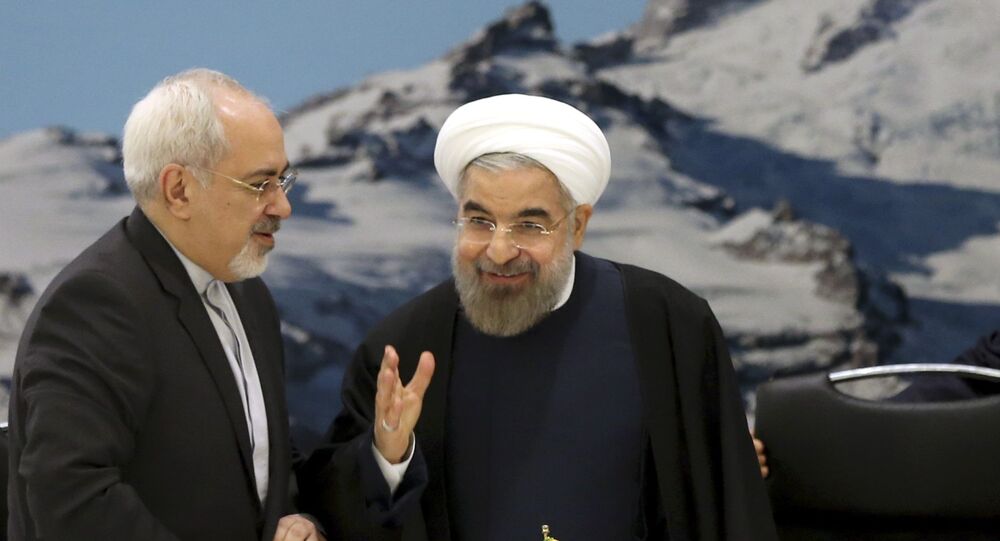 The Trump administration unceremoniously quit its commitment to the Iran nuclear deal in 2018, slapping Tehran with crushing energy and banking sanctions and threatening secondary sanctions against any country that continued to import crude from the Islamic Republic.

Iran is preparing to increase oil production in anticipation of a Biden presidency and the US returning to the Joint Comprehensive Plan of Action nuclear deal, President Hassan Rouhani has indicated.

“Because of sanctions before the Joint Comprehensive Plan of Action, oil production and sales faced restrictions, but with the implementation of the deal and lifting of sanctions, we were able to increase oil sales to more than two million barrels in a short time. Given the valuable operational tools and experience, there is still readiness today rapidly to increase oil production further,” Rouhani said, speaking at a cabinet meeting on Sunday, his remarks quoted by his press service.

Iran’s crude oil exports reached a pre-JCPOA high of 2.5 million barrels of oil per day (bpd) in 2011 before dropping to about 1 million bpd in 2014. After signing the nuclear deal, they grew to 2.15 million bpd, but dropped substantially after May 2018, when major European and Asian importers began shying away from doing business with Iran for fear of US reprisals, with exports falling to between 600,000 and 700,000 bpd in 2020.

Last week, Iran outlined a draft 2021 budget of about $33.7 billion, committing itself to cutting dependence on oil exports for revenues further, and using an oil price of $40 per barrel as a baseline for its calculations.

Bloomberg predicts Iran may raise crude oil exports by up to 1.2 million bpd if Washington’s JCPOA-related sanctions are lifted in a Biden presidency.

Joe Biden, whose 3 November election victory Trump continues to challenge over alleged voter fraud, has signaled a willingness to engage in dialogue with Tehran and promising to make the “bottom line” for his Iran policy preventing Tehran from building a nuclear bomb. Last week, the former vice-president told The New York Times that he would return to the nuclear deal if Tehran returns to strict compliance with its terms.

© REUTERS / West Asia News Agency
Iran's Top Nuclear Scientist Fakhrizadeh Was Warned Not to Travel on Day of Assassination, Sons Say
Iran has expressed cautious optimism about a Biden administration returning to the JCPOA, but has also cautioned that it would not agree to any renegotiations, either with Biden or Trump.

Furthermore, Biden’s national security-related cabinet picks have threatened to throw a spanner into the works of US diplomacy with Iran, with his choice of Iraq, Libya and Syria war proponent Antony Blinken for secretary of state ringing alarm bells among observers who fear that a return to US regime change wars policy in places such as Syria will further cool Washington’s already frosty relationship with Tehran.