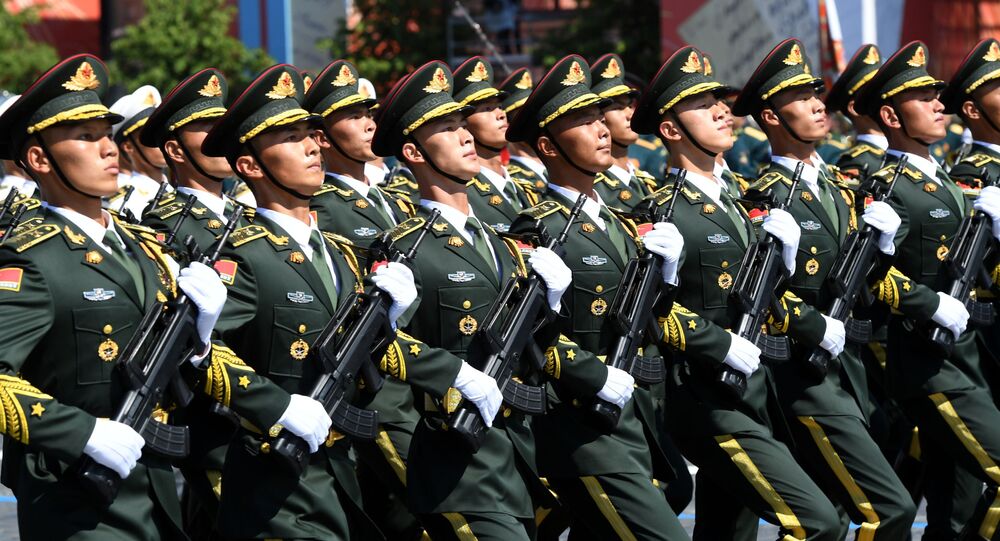 Days after the US media called the election for Democratic candidate Joe Biden, US President Donald Trump revealed he’d signed an executive order that would bar Americans from investing in nearly three dozen firms that allegedly do business with the Chinese military.

The two other companies said to have ties to the China's People's Liberation Army (PLA) are the China Construction Technology Co. Ltd. and the China International Engineering Consulting Corporation. The latest additions bring the tally to 35 blacklisted companies.

"The department is determined to highlight and counter the People’s Republic of China’s (PRC) Military-Civil Fusion development strategy, which supports the modernization goals of the People’s Liberation Army (PLA) by ensuring its access to advanced technologies and expertise acquired and developed by even those PRC companies, universities, and research programs that appear to be civilian entities," reads a statement issued by the Department of Defense in its latest update.

An earlier partial list published by Bloomberg in June included a variety of shipbuilding firms and construction and technology companies, as well as aerospace-focused corporations. Bloomberg listed companies such as Huawei Technologies Co., the China Aerospace Science and Industry Corporation and the China Railway Construction Corporation, among other businesses.

The latest development comes just days after Reuters, citing sources, first reported that the Trump administration was considering adding the four new companies in a bid to further escalate tensions with China ahead of Biden’s anticipated arrival to the White House in January.

The executive order, which was issued in accordance with a 1999 defense policy law, effectively bars American investors from putting US dollars into firms that would help to modernize the PLA.

The November-filed order states that China “is increasingly exploiting United States capital to resource and to enable the development and modernization of its military, intelligence, and other security apparatuses, which continues to allow the [People’s Republic of China] to directly threaten the United States homeland and United States forces overseas, including by developing and deploying weapons of mass destruction, advanced conventional weapons, and malicious cyber-enabled actions against the United States and its people."

The order bars either the purchase of or investment in emerging market funds that include the blacklisted companies starting on January 11, 2021. The measure gives investors until November 2021 to fully divest from the listed firms.

China, for its part, has repeatedly slammed the US' actions, sayng that Washington has no evidence to support its stance. In fact, earlier this week, the Chinese Ministry of Foreign Affairs said that it firmly opposed the move when reports first emerged that Washington was considering adding SMIC and CNOOC to the blacklist.