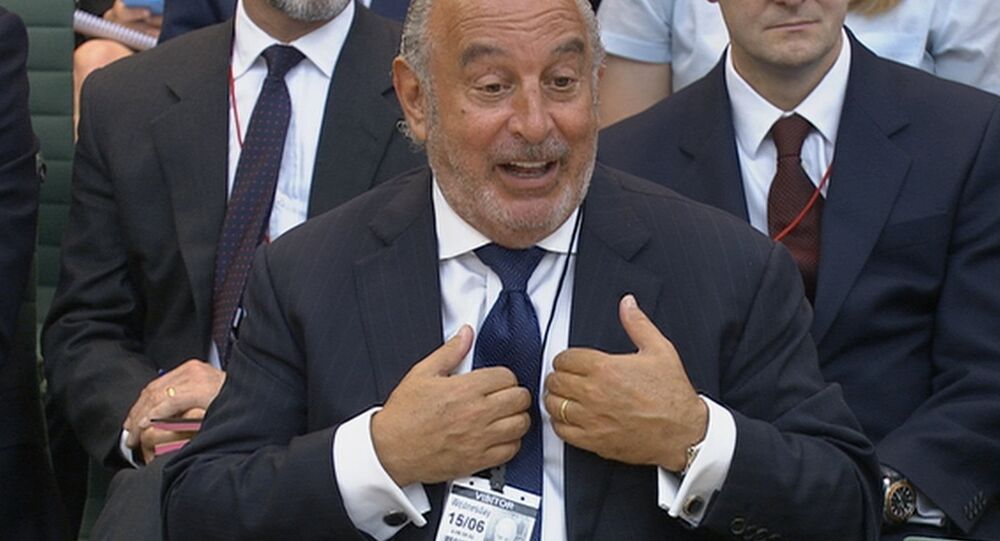 The status announcement for Arcadia comes just a few months after the UK fashion group’s owner, Sir Philip Green, revealed budget cuts that would result in the removal of at least 500 of its 2,500 management jobs worldwide.

The UK-based audit and assurance service provider, Deloitte, issued a Monday evening memo detailing that it had been appointed to serve as bankruptcy administrator to Arcadia, the retail consortium that oversees Topshop, Topman, Dorothy Perkins, Wallis, Miss Selfridge, Evans, Burton and Outfit.

“Matt Smith and Dan Butters, together with other restructuring partners at Deloitte, have today been appointed as joint administrators to the group companies as part of a trading administration,” Deloitte's statement read, reported by the Financial News.

Smith explained that there were no immediate redundancies, as Deloitte wished for Arcadia to continue trading, performing online transactions and supplying concession partners. The company presently leases 444 UK-based sites and 22 locations abroad.

“We will be rapidly seeking expressions of interest and expect to identify one or more buyers to ensure the future success of the businesses,” a joint administrator said.

“This is an incredibly sad day for all of our colleagues as well as our suppliers and our many other stakeholders," noted Arcadia CEO Ian Grabiner. “The impact of the COVID-19 pandemic including the forced closure of our stores for prolonged periods has severely impacted on trading across all of our brands."

Green announced in July that the retail consortium would terminate at least 500 of its 2,500 management positions.

Despite attempts to maintain its profits, Arcadia ultimately encountered "the most difficult trading conditions we have ever experienced," according to the chief executive.

Reacting to developments, UK business secretary Alok Sharma described the bankruptcy filing as "incredibly sad news", stating that "The Govt stands ready to support those affected during this difficult period".

"It is incredibly sad news that Arcadia has entered into administration this evening [...] I know this will be a worrying time for employees and their families, especially in the run up to Christmas", he tweeted.

This is a deeply challenging time for retailers and we remain fully committed to supporting them, including through an unprecedented package of business support worth £280billion

Sputnik reported earlier on Monday that Arcadia was on the "brink of administration" while Green had received a number of relief offers, including a £50 million emergency loan brought to the table by retail tycoon Mike Ashley.

Amid company chaos and prior to the November 30 announcement, Green was spotted vacationing in Monaco, where his £100 million superyacht, the Lionheart, is currently berthed.

Paul Myners, an ex-chairman of Arcadia rival Marks and Spencer, appeared to argue to the BBC that Green's lackadaisical approach transferred to the boardroom.

"Covid has obviously been a significant factor but the truth is this group of brands has been hemorrhaging now for 15 years. It's become an insignificance," Myners asserted. "Sir Philip never really accepted the opportunity or challenge of online trading. He made no investment in that area at all."