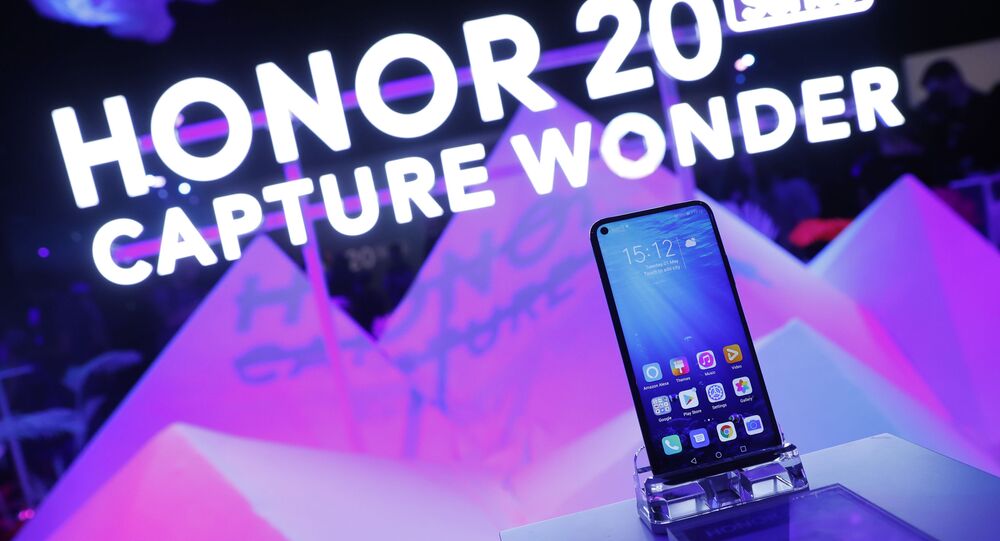 The sale comes amid tighter restrictions from the United States in May, which blocked the Chinese tech giant's access to software and semiconductors made with US technologies.

Ren Zhengfei, founder of Huawei Technologies, said he hoped Honor would become a strong competitor in the smartphone market and even surpass his company in the future, the South China Morning Post reported on Friday.

“Be the strongest competitor of Huawei in the world, surpass Huawei, and even use defeating Huawei as your motivation. We are competitors in the future,” he said at the budget smartphone firm's farewell party, a transcript published on Huawei's employee community platform Xinsheng Shequ found on Thursday.

© REUTERS / Brenda Goh
Washington Blacklists 117 Chinese, Russian Aviation Firms In Last-Ditch Effort in US-China Trade War
The news comes after the world's largest IT equipment provider announced the sale of the subsidy firm to a 30-member consortium led by handset distributor Digital China as well as investors in the Shenzhen government, valued at $15.2bn.

“Once ‘divorced’, we should not be connected any more. We are adults. We should handle things separately, strictly follow compliance management, strictly abide by international rules and each achieve our own goals,” Ren added.

According to Ren, the sale could threaten millions of jobs as well as dealers suppliers from the parent company's operations across 170 nations.

“We cannot drag innocent people into the water because of our own suffering. After the sale, Honor quickly resumed production under the leadership of Zhixin to solve problems with upstream and downstream partners,” he concluded.

But he warned the budget smartphone company would face "problems bigger than any other new companies" and urged employees to learn from other multinational tech firms as well as work with domestic partners.

The massively popular brand shipped over 70m units a year, earning over $10bn in revenues, according to a Huawei press release.

"We hope this new Honor company will embark on a new road of honor with its shareholders, partners, and employees. We look forward to seeing Honor continue to create value for consumers and build a new intelligent world for young people", the statement read.

© CC BY 2.0 / Eric Hossinger / Houses of Parliament at dusk, London, UK
Huawei VP Blasts UK Telecoms Bill As 'Politically-Motivated' As Analysts, Execs Warn Of 5G Slowdowns
The sale comes amid the ongoing trade war with the US, where the Trump administration has routinely accused dozens of Chinese tech firms of spying for Beijing, which Huawei, ZTE and the Chinese officials have sharply and repeatedly denied.

Huawei and ZTE were blacklisted with dozens of mainland firms by the US, citing national security concerns and threatened to add Shanghai-based chipmaker SMIC. The Federal Communications Commission (FCC) also declared the former two companies national security risks for alleged ties to the Chinese Communist Party and military, without citing evidence.