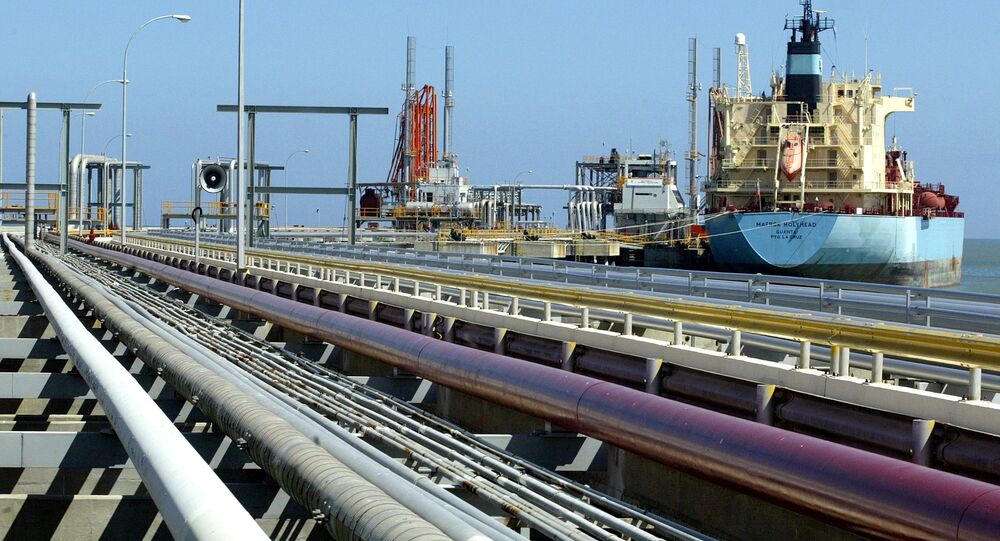 MOSCOW (Sputnik) - Caracas resumed direct oil deliveries to China after more than a year of hiatus due to the US sanctions, Reuters agency reported on Friday, citing Refitiv Eikon tracking data and internal documents of Venezuelan PDVSA state oil company.

According to the agency, China National Petroleum Corp and PetroChina state companies have stopped loading oil cargoes in the Venezuelan ports since August 2019 after the US expanded sanctions on Venezuela to include any foreign firms dealing with PDVSA.

According to the TankerTrackers monitoring service, the first tanker to resume the direct crude shipment to China was the Kyoto vessel which loaded 1.8 million barrels of oil at the Venezuelan Jose port at the end of August.

© REUTERS / Fishermen and Friends of the Sea
Venezuela's PDVSA Reportedly to Offload Crude from Idled Vessel Amid Warnings of Imminent Oil Spill
Another tanker, Warrior King, discharged the Venezuelan crude at the Chinese port Bayuquan, and PetroChina tankers loaded the crude in Venezuela in November, the agency said referring to PDVSA's export schedules and shipping documents and Refinitiv Eikon data.

For the last five years, the US has introduced a series of sanctions against Venezuela, in particular its state oil company PDSVA. The sanctions include a freeze on Venezuelan accounts in Europe and the blocking of PDSVA's assets in the US jurisdiction as well as the prohibition on transactions with them.