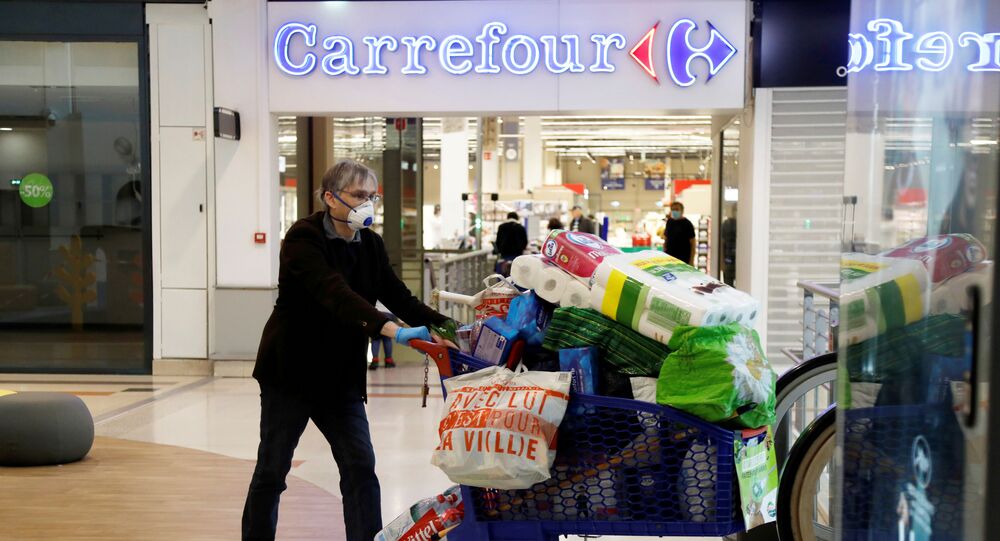 Amid continued social lockdowns intended to slow the spread of COVID-19, Paris has pressured retailers to delay the onset of the holiday shopping season, which typically begins next week, on a day retailers in America like to call “Black Friday.”

Amazon France announced on Thursday it would heed this call and delay the typically massive shopping sales by one week, to December 4, joining several other large retailers.

“Today we have decided to delay the date of Black Friday if this can help shopkeepers reopen before Dec. 1. This year the Black Friday will take place on Dec. 4,” Amazon France Chief Executive Frederic Duval told TF1 television, according to Reuters.

Leclerc and Carrefour, the latter of which is Europe’s biggest retailer, have also agreed to the delay. French Finance Minister Bruno Le Maire will meet with other retailers on Friday to urge them to delay the branded shopping spree as well.

The French Mayors’ Association on Wednesday also called for a gradual reopening of shops "to avoid a rush of clients ahead of Christmas, when allowing them to resume operations will be inevitable,” France24 noted.

In the United States, Black Friday follows by one day the Thanksgiving autumn feast and is considered by business as the beginning the holiday shopping season. No clear reason for the name exists, but one idea holds that the name refers to the significant increase in retail shopping, making a difference between annual profit (black lines in financial books) and loss (red lines in financial books) for retailers.

Sadly, the struggle for consumers to get lower prices that retailers offer on that day has led to injuries, as people scramble and fight to grab items off of store shelves. The ongoing pandemic, however, presents a far greater hazard, as it has already killed more than 47,000 French people this year, according to government statistics.

On October 30, France entered a second COVID-19 lockdown as cases skyrocketed. However, restrictions are not as stringent as the first lockdown in the spring, and many shops have remained open. Gabriel Attal, a spokesperson for French President Emannuel Macron, told reporters Thursday that the country was “not at all near ending the lockdown, we're still far from it even."

Despite the world's largest outbreak in the United States, and announcements of new restrictions in some locations, no similar call to delay the holiday shopping season has been sounded. However, the US Centers for Disease Control and Prevention have advised Americans not to travel for the Thanksgiving holiday, a time traditionally spent with family. In an unusual move, the White House denounced the healthcare recommendations intended to slow the spread of the disease that has killed over 251,000 in the US, as “Orwellian.”

France Welcomes Biden's Pledge to Bring US Back to Paris Climate Accord, Trade Minister Says