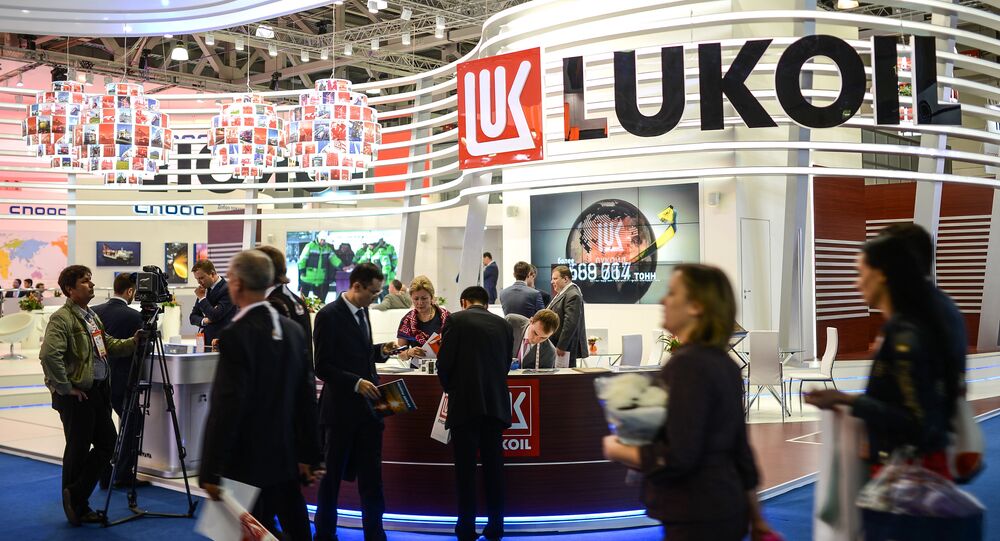 MOSCOW, (Sputnik) - Russian energy giant Lukoil said on Tuesday that its oil production, excluding the West Qurna-2 project in Iraq, had declined by 9 percent year-on-year in the first nine months of 2020 due to the OPEC+ production curtailment agreement.

At the same time, the energy giant’s average hydrocarbon production excluding the West Qurna-2 project has fallen by 11.6 percent year-on-year to some 2 million barrels of oil equivalent, according to the statement.

Gas production by Lukoil has declined sharply by almost 19 percent over the nine months of 2020 to 20.8 billion cubic meters due to lackluster demand in China.

"Despite a sharp decrease in oil prices and external limitations on production volumes, active development of the priority projects continued. In particular, in West Siberia total oil and gas condensate production for the nine months of 2020 at the V. Vinogradov, Imilorskoye, Sredne-Nazymskoye and Pyakyakhinskoye fields increased by 23.6 percent year-on-year and exceeded 3.1 million tonnes," Lukoil noted.

The OPEC and non-OPEC group of countries are currently slashing 7.7 million barrels a day collectively until December 31 to stabilize the energy market suffering from the effects of the pandemic. Starting from 2021, the oil producers plan to ease the cuts to 5.8 mbd.