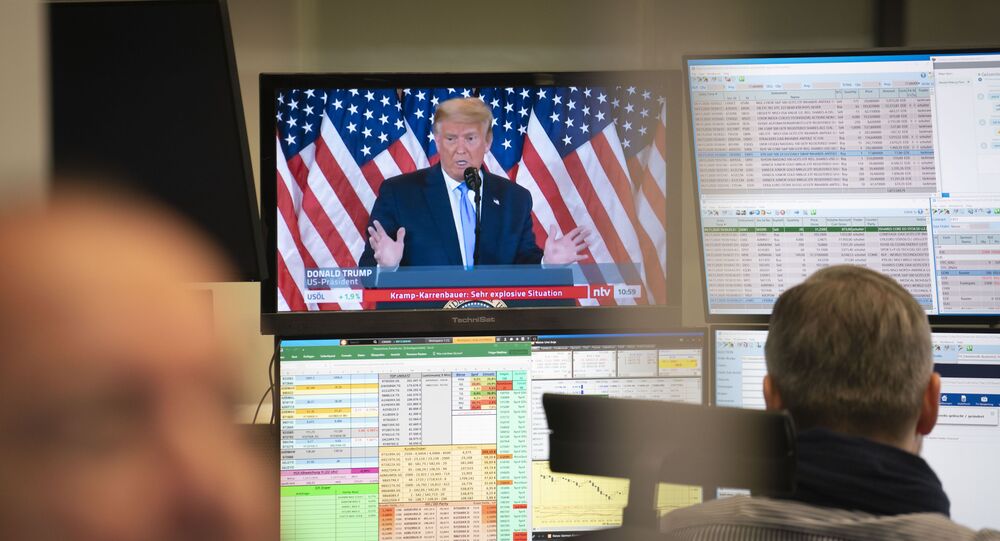 Despite Democrat contender Joe Biden maintaining a lead over incumbent President Trump in some key battleground states, the future of the White House is still far from certain at the moment.

American futures, Asian stocks and European shares all went up on Thursday as investors are anticipating US election results.

After a plunge of more than 400 points early Wednesday, after Donald Trump claimed he would go to court to prevent “major fraud” in counting ballots which arrive after Election Day, Dow (INDU) futures eventually closed up 1.34% and the Nasdaq rose 3.85%.

Throughout Thursday, the Dow has gained 360 more points and the S&P 500 (SPX) futures were rising by 1.8%. Nasdaq was up 331 points when last checked.

Shares in European markets experienced a rise as well, hitting a two-week high on 5 November, thanks to the lighter mood on Wall Street and news that the Bank of England will be providing the UK with a £150 billion ($195 billion) quantitative easing stimulus to help its economy withstand lockdown measures. Thus, the STOXX Europe 600 index was spotted up 0.8% on Thursday after several days of growth.

Why such Optimism in the Market?

The jump in US futures was mainly a reflection of the unfolding American presidential and congressional election. Despite fears of contested results, as both Joe Biden and Donald Trump forecast victory for themselves, observers now feel that the US Congress will still remain split between Republican Senate and Democratic House of Representatives.

The apparent gridlock indicates that American companies need not fear higher corporate taxes or tighter regulations with monetary and fiscal policies remaining relatively stable. The Democrats' legislative agenda is likely to remain blocked by Republicans in the Senate, reducing risks of major change.

© AFP 2020 / JEFF KOWALSKY
Protestors who want every vote counted from the 2020 presidential election, march down Woodward Avenue on November 4, 2020 in Detroit, Michigan.

Markets are also apparently cheering for Biden, who is now predicted to emerge as winner in a handful of key states, potentially giving him enough electoral votes to be pronounced the next US President, according to comments made by Jackson Wong, asset management director of Amber Hill Capital.

“That’s why the markets are performing well”, Wong told AP.

According to a statement from Tokyo-based Mizuho Bank, “markets have been happy to presume that this Democratic White House and Republican Senate is the ‘Goldilocks’ outcome”, referring to "just the right amount" principle. Experts from the bank believe that this ‘Goldilocks Gridlock’ situation is actually beneficial for investors.

On Thursday, US Dollar Index (DXY), which measures the currency’s value in relation to a basket of foreign currencies, went down by 0.6% now reaching 92.85.