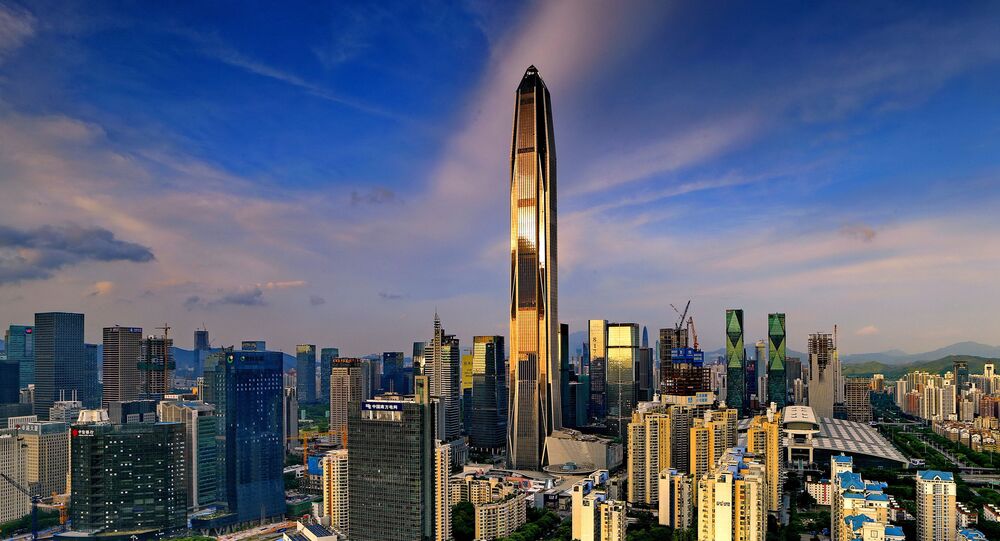 Forty years after a small fishing village became the country's first special economic zone, China's authorities are once again pinning their hopes on Shenzhen as the main engine of innovative development.

In the new five-year development plan of the metropolis, published jointly by the General Office of the Central Committee of the Communist Party of China and the State Council of China, Shenzhen is given considerable autonomy in many areas.

One could say that the prerequisites for the development of Shenzhen 40 years ago were similar to those of today. In 1980, the Chinese authorities chose this city to create a Special Economic Zone to attract foreign investment. The choice was not random: Shenzhen was to be the Chinese response to neighbouring Hong Kong, which, at that time, had not yet returned to the jurisdiction of China.

A powerful industrial cluster was created in Shenzhen. There were also the first experiments with market reforms, which were later implemented throughout the country. On the whole, the experiment proved to be successful.

In 40 years, Shenzhen has become China's largest metropolis and the headquarters of many technology giants, including Huawei. The city's GDP grew exponentially, and last year totalled 2.69 trillion yuan ($ 374 billion). As a result, Shenzhen's economy became the third-largest in China, just behind Beijing and Shanghai, and overtook neighbouring Hong Kong. Meanwhile, Shenzhen has become China's leading city in terms of GDP per capita, approaching $30,000.

For many years, Shenzhen played the role of "regulatory sandbox", a pioneer of market reforms and openness. Other cities followed suit, and this allowed China to modernise its economy and maintain high growth rates.

The goal now is to create a new growth model. China is no longer a poor developing country, and its income is growing. Therefore, it is necessary to move away from labour-intensive export-oriented industries to innovative development. And Shenzhen should again become a platform for experimentation.

According to the five-year plan, Shenzhen authorities are to be autonomous in the distribution of land for the establishment of production sites, as well as for the construction of housing. Previously, the land allocation had to be approved by the Guangdong Provincial Government and central authorities. Furthermore, Shenzhen should lead the process of internationalisation of the yuan and further increase the openness of the financial sector.

Beijing also expects Shenzhen to provide innovative solutions for the commercialisation of R&D achievements and market distribution of resources. R&D funds are now distributed centrally, either directly by the central government or by local authorities.

In Shenzhen, it is planned to delegate this function, at least partially, to the market, including private investors. This will help to improve the efficiency of resource allocation, and ultimately stimulate the return on R&D. Silicon Valley is believed to have achieved such success through market-based resource allocation mechanisms. Finally, to attract the world's top scientists, Shenzhen will simplify visa and residence permit procedures.

In this way, China's southern metropolis should become more friendly and attractive to professionals from around the world, Senior Researcher at Chongyang Institute for Financial Studies, Renmin University of China, Zhou Rong told Sputnik.

"I believe that Shenzhen has more advantages compared to Hong Kong in attracting talent in the future. Wages in Shenzhen are not lower than in Hong Kong, and housing is more affordable. Moreover, measures will be taken to attract foreign companies to relocate their headquarters in Shenzhen, and to make this city the headquarters of the 500 largest companies in the Asia-Pacific Region".

© AP Photo / Dake Kang
In this March 13, 2018, photo, the logo of Huawei is displayed at its headquarters in Shenzhen in southern China's Guangdong Province.

"Furthermore, we must encourage the establishment of new joint venture brands, such as FAW Toyota, FAW Volkswagen, etc. to use mutual advantages, create multi-factor new brands", the expert said.

Like 40 years ago, Shenzhen now has the opportunity to try out the latest financial solutions. Shenzhen is to become a test site for the wide circulation of China's national digital currency.

Shenzhen authorities recently announced that they will distribute digital coupons worth 10 million yuan (200 yuan each) to residents of one of the districts. These funds will be available for spending in stores that are cooperating with the digital yuan project.

According to expert Zhou Rong, Shenzhen has several unique advantages over Hong Kong. And in the future, Shenzhen will be the most attractive for international business.

"Although Shenzhen imitates Hong Kong in many ways, it will be better than Hong Kong. Because Shenzhen not only borrows but also improves the Hong Kong experience", the expert noted.

The level of openness to the outside world of Shenzhen is not less than that of Hong Kong. And it can pursue a more pragmatic strategy to attract investment and benefit from its geographic location in the Great Bay, Zhou said.

"This helps the city to attract 500 largest enterprises. Secondly, Shenzhen is closely connected with the rest of mainland China. Shenzhen Investment Policy is an improved version of Hong Kong policy, the so-called 'Shenzhen+'".

Finally, the expert claims that since Shenzhen is already an established base for research and development, the city can provide better opportunities for the deep integration of high-tech foreign and large Chinese companies.

"Equally important, there is no such upheaval in Shenzhen as in Hong Kong, society is much more stable", Zhou stressed.

China's authorities intend to turn Shenzhen into a new world financial and technological centre, which, given its unique location, can simultaneously become a new Silicon Valley and Asian Wall Street. However, there are certain external risks. The US has imposed sanctions on Huawei and several other technology companies. But at the moment, foreign investors still see positive growth prospects in the Chinese market.

According to the IMF, China will be the only major country whose economy will show positive dynamics at the end of the year. This enables Beijing to maintain a moderate monetary policy, creating favourable conditions for investment.

In July, the net inflow of foreign capital into Chinese bonds reached $21.3 billion, the highest figure since 2014, when the relevant statistics began to be published. The total value of bonds held by foreign investors reached $360 billion, which is 13.7% more than last year.