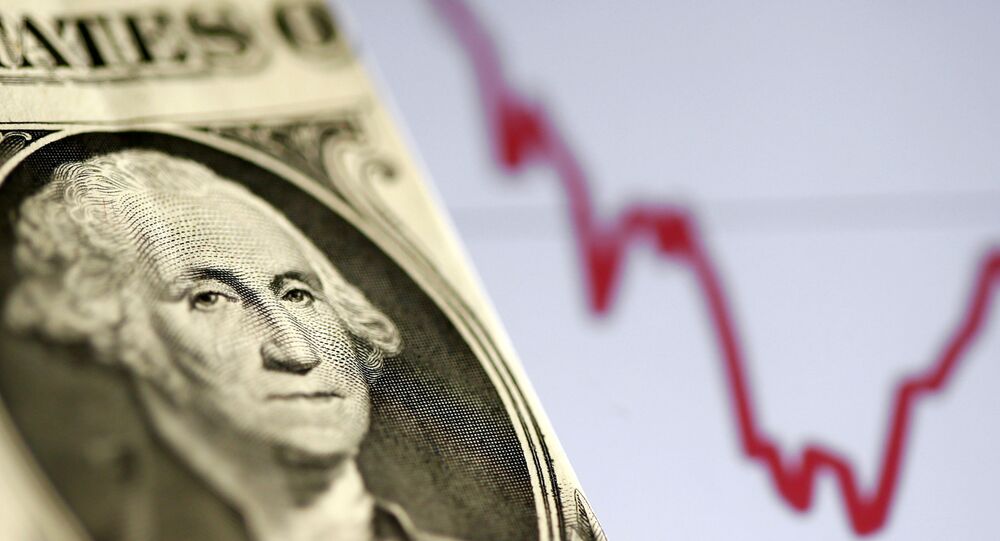 Goldman Sachs Suggests a Bet on US Dollar's Depreciation

The position of America’s currency has been far from solid in recent months, prompting analysts to suggest that the dollar will slide even further in relation to the euro throughout next year.

Analysts from Goldman Sachs have recommended a bet on the dollar’s depreciation amid the risks associated with coronavirus vaccine trials and forthcoming US elections that they believe are pushing it down, according to a note distributed to investors, as cited by CNBC.

The bank suggests that a strategy of “two dollar short trades” would be the most successful, meaning the selling of the currency now with intention to buy it back later when the price will be lower.

The experts note that the odds for the “most dollar-positive outcome” were now “low”, with President Donald Trump winning the White House and a delay in development of coronavirus vaccine progress being among factors that could push for the American currency to rise.

“In our view, a ‘blue wave’ US election and favorable news on the vaccine timeline could return the trade-weighted Dollar and DXY index to their 2018 lows,” said Zach Pandl, co-head of Goldman’s global FX, rates and EM strategy.

© CC0
US Federal Debt Will 'Soon Be Larger Than Any Time in History', American Budget Watchdog Claims
In 2018, the dollar index, measuring its value in relation to a basket of foreign currencies, dropped to around 88.25. As on 13 October, it has been trading at 93.51, slightly down since the end of September.

“To be sure, there are important risks: we are most uncertain about the length of the vote count (especially for the Senate) and the equity market reaction to a ‘blue wave’,” Pandl explains in a note. “But the wide margin in current polls reduces the risk of a delayed election result, and the prospect for near-term vaccine breakthroughs may provide a backstop for risky assets”.

Earlier, Ulf Lindahl, chief investment officer for AG Bisset, predicted that the US dollar would plunge 36% against the euro over the next year, something which has not been seen in more than a decade.