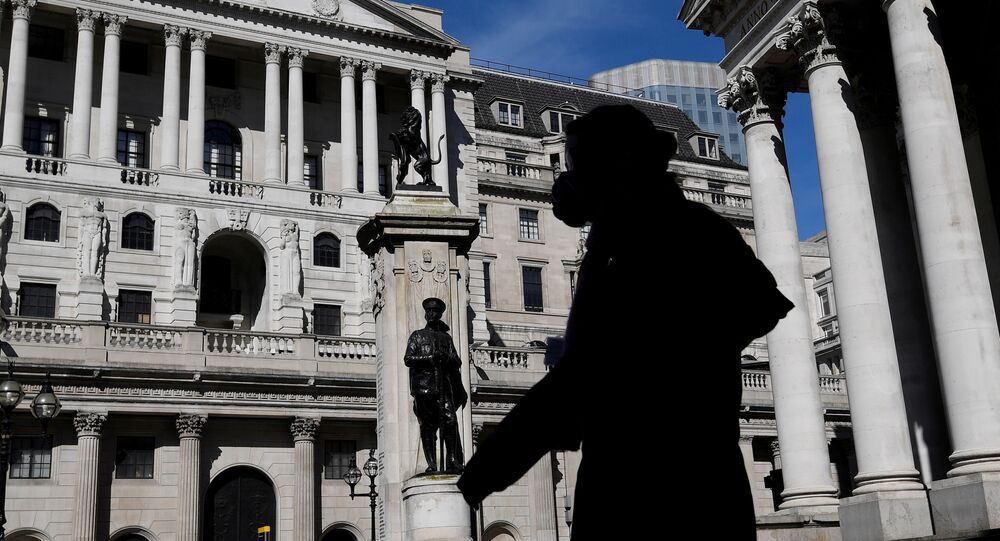 Negative interest rates essentially turn the traditional system of depositing money in banks and borrowing on its head. Everyone is accustomed to paying interest to borrow money and earning interest when depositing money but negative rates would reverse that, benefiting borrowers and penalising savers.

A number of unprecedented policies have been tried in recent months to help stabilize economies hit by the recessionary impact of the coronavirus and it now looks increasingly like a new one could be on its way in the UK.

The Bank of England has asked UK banks for information about their readiness for the possibility of negative interest rates.

In a letter to the UK's high street banks, deputy governor of the Bank of England Sam Woods wrote: "We are requesting specific information about your firm's current readiness to deal with a zero bank rate, a negative bank rate or a tiered system of reserves remuneration – and the steps that you would need to take to prepare for the implementation of these."

The letter is seeking information to understand lenders’ operational readiness and challenges "particularly in terms of technology capabilities."

The letter is the clearest indication yet that the Bank is seriously considering turning rates negative.

The potential upside to negative rates is that people will see that they are not earning money by hoarding their cash in the bank so they will go out and spend it instead, stimulating the economy.

But the move is certain to prove controversial with policymakers uncertain as to its value. This policy has never been tried in the UK before, although some other European states and Japan have tried it, albeit with limited success. The European Central Bank has deployed negative rates for some time.

The move also comes as something of a surprise, given that it did not appear to be on the cards, even just a month ago.

In September, Bank of England governor Andrew Bailey said that the Bank was not about to push interest rates below zero in the near future.

But just last week, Bailey warned that the UK's recovery was at risk of stalling  and said that he would ramp up stimulus if needed.

The main factor is the coronavirus. The UK government is set to announce tighter lockdown restrictions in England later today, which could easily reverse the already fragile economic recovery. This means that more stimulus will be needed to boost economic activity, particularly if there is no trade deal in place between the UK and the EU by the end of the Brexit transition period.

Bank of England Monetary Policy Committee member Silvana Tenreyro recently rejected criticisms of the negative interest rate policy, claiming the evidence from other countries was "encouraging" and that banks would cope with further pressure on their finances.

The Bank has been gradually reducing interest rates since the start of lockdown, cutting rates to 0.1 percent at the start of the Covid-19 crisis.

The high street banks have been asked to respond to the request by November 12.