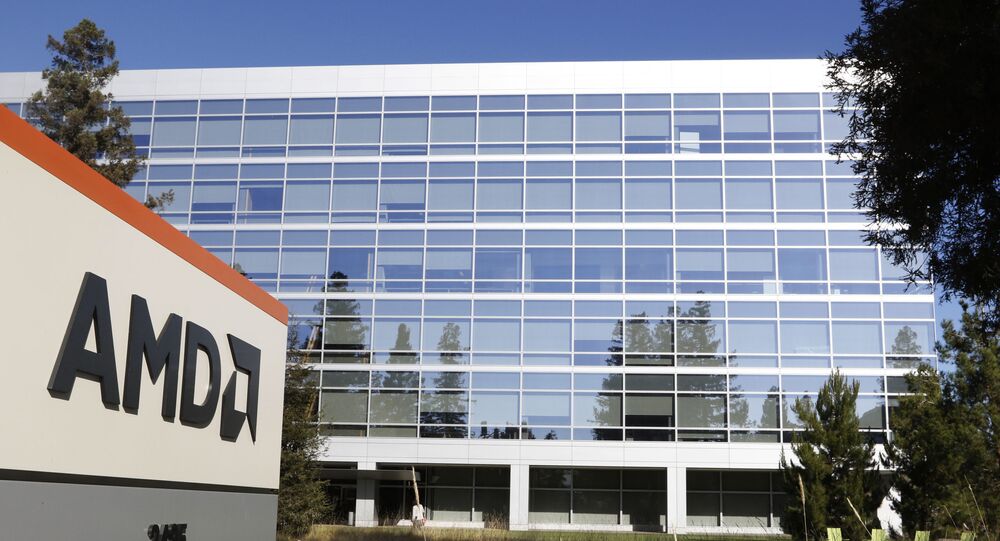 A buyout of the San Jose, California tech company would allow AMD to boost competition with a second rival chipmaker - Intel Inc - and increase its presence in telecommunications and defence.

The two firms could potentially ink the deal next week and be valued at over $30bn, or the largest in the semiconductor industry, the report said.

© REUTERS / Mike Blake
Beijing Could Block Nvidia-Arm Deal Over Future US Trade War Restrictions - Ex-Lenovo Chief Engineer
The news comes after AMD was valued at $100bn after shares skyrocketed 89 percent this year amid the ongoing coronavirus pandemic, which has seen surges in demand for devices such as computers, smartphones and others.

Rival chipmaker Xilinx is currently worth $26bn and has seen shares rise 9 percent this year.

But Xilinx shares have nosedived over tensions in the ongoing US trade war on China, where Washington slapped trade restrictions on Huawei Technologies, blocking the latter's access to US semiconductor and software firms.

Xilinx sales to the Chinese tech giant account for up to 8 percent of the firm's revenues, according to analysts, the report said.

The company's field-programmable gate arrays (FPGAs) can be reprogrammed post-productions for emerging technologies such as 5G networks, military and radar systems, among others.

AMD-Xilinx Deal and the Wider US Trade War

The news come amid uncertainty in a $40bn deal between US tech firm NVIDIA and British chip designer ARM, where Chinese officials have voiced concerns that such a buyout could lead to further export controls on semiconductors to Beijing.

The deal - one of the largest in the industry - would require approval from the United Kingdom, United States and China, with the latter potentially blocking the sale due to Washington's hardline trade war, according to Lenovo's former chief engineer.

SMIC Homepage
SMIC, US Gov't Enter Talks on Trade Row as Beijing Set to Launch Google Antitrust Probe - Reports
China could launch measures on several key deals, including TikTok owner ByteDance's forced buyout in the US ordered by US president Donald Trump, as well as the NVIDIA deal. A further probe against US tech behemoth Google over its role in blocking access to key technologies for Huawei devices may take place next month.

The US has routinely accused mainland firms of using their technologies to spy for Beijing, the Communist Party of China and military, with Chinese officials and Chinese tech firm execs strongly denying and criticising the claims.