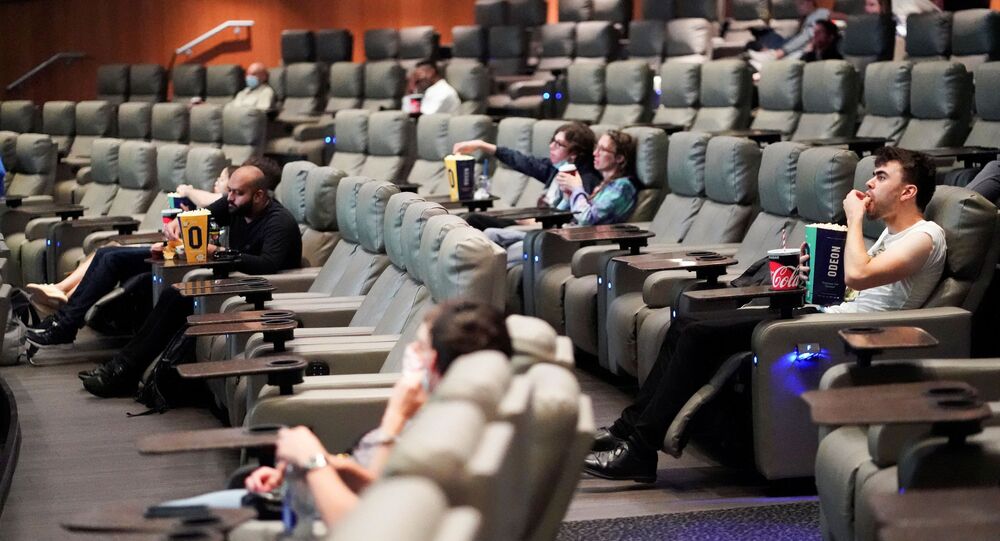 UK Prime Minister Boris Johnson encouraged people "to go out to the cinema, enjoy themselves and support" the film industry. But how can cinemas hope to stay open when there are no movies to show?

The Cineworld chain is to mothball its 127 cinemas in the UK while its rival, Odeon, has said it will only be open in future at weekends.

Cinemas all over the world have been caught in a Catch 22 situation - fewer people are going to the movies because of the pandemic, which has led to film distributors delaying the release of blockbuster movies, which has in turn further reduced the number of people going to the cinema.

Would love to support my local independent cinema if the greedy film companies didn’t stop delaying releases. However I ain’t paying a tenner to watch either ‘Cats & Dogs 3’, ‘The Greatest Showman’ or ‘Tenet’ that I’ve already seen. Sadly we know where the blame lies 😔📽💔. XX

​The latest blow to the industry was the decision to delay the release of the latest James Bond film No Time To Die. It was set to be released in November but the producers announced on Friday, 2 October, that it would not come out until April 2021.

Daniel Craig’s final outing as 007 has reportedly cost more than £200 million so producers Michael G. Wilson and Barbara Broccoli knew that if it was released with cinemas virtually empty it would not make enough money at the box office and would leave them facing a huge commercial loss.

For the same reason the remake of Dune, a sci-fi saga starring Timothee Chalamet, Dave Bautista and Charlotte Rampling, has been put back by Warner Bros from December 2020 to October 2021.

Warner Bros has also pushed back The Batman - starring Robert Pattinson as the caped crusader and Paul Dano as The Riddler - until March 2022.

I wouldn’t go to the cinema during a pandemic. It’s sitting indoors near to people. I’m not sure the Bond decision is entirely to blame.

​A glance at what Cineworld has to offer in the UK shows why the paucity of new films has hit cinema attendances.

The thriller Tenet, which first premiered in August, is still showing, as is the Russell Crowe vehicle, Unhinged, which hit the big screen on 31 July.

Cineworld, which faced a half-year loss US$1.6 billion, has been reduced to offering tickets for as little as £4 and is so short of material that it has been showing classics like Rocky and Rocky IV.

It’s with great sadness that we will be temporarily closing all of our Picturehouse Cinemas from Friday 9 October. More information here: https://t.co/KKXguTwhxu pic.twitter.com/J5IHiIDBjK

​Cineworld's chief executive Mooky Greidinger saying: "We did everything in our power to support safe and sustainable reopenings in all of our markets."

Cinemas were shut down during the lockdown but when they reopened on 4 July they discovered that film distributors had got the jitters and were delaying screenings for fear of losing huge amounts of money.

There was more bad news when Disney decided to switch the remake of Mulan to its streaming service.

One of the few movies which cinemas found to put on was the Chinese war film The Eight Hundred, which performed respectably at the UK box office.

But like I said... they’ve been messing around with this bond film’s release pre-pandemic... so really they should have taken the hit, released it and helped out cinemas. Whilst I don’t dispute the other companies have their share of blame... bond should have been out by now

​The UK government exempted cinemas from the 10pm curfew but many people avoided them “like the plague” - worried about sitting indoors close to strangers who may have coronavirus.

Opinion on social media as to who is to blame for the decision to close cinemas and lay off thousands of workers is divided. Some blame the government but many others say it is the fault of Hollywood and the film distributors.