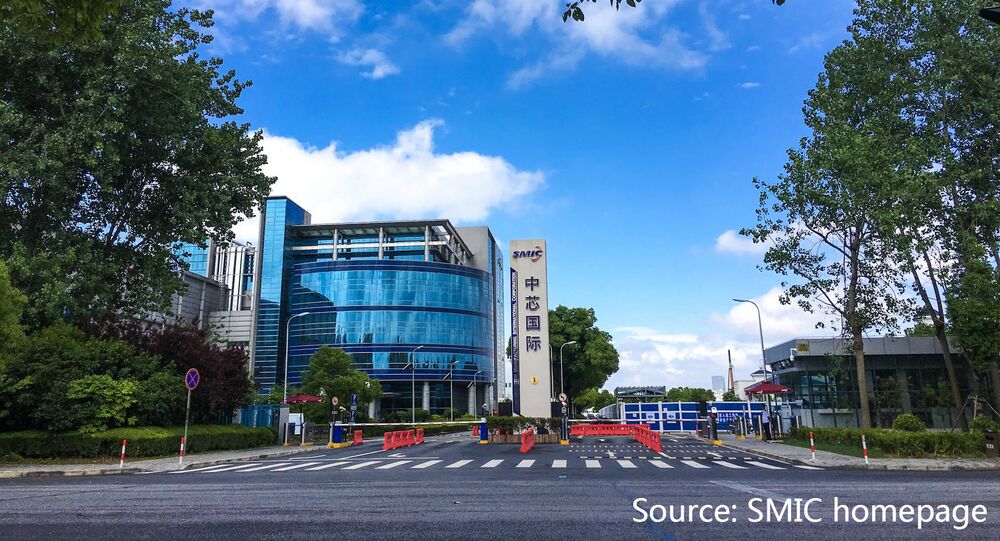 The mainland semiconductor firm said in a statement on Sunday it was evaluating the impact of Washington's export restrictions, adding they could have "material adverse effects" on production and operations, according to media reports on Monday.

Semiconductor Manufacturing International Corp has entered "preliminary exchanges" with officials in the United States after the latter slapped the mainland chipmaker with sanctions, it was revealed.

The Shanghai-based firm was hit with trade restrictions in September over what the US Department of Commerce said was an "unacceptable risk" the company's products could allegedly be redirected to "military end-use".

Shares for the tech company fell up to 5 percent in Hong Kong on Monday, with overall shares plummeting 27 percent in September, amid news that the Trump administration could place the Chinese firm on an Entity List along with many others.

© REUTERS / Mike Blake
Beijing Could Block Nvidia-Arm Deal Over Future US Trade War Restrictions - Ex-Lenovo Chief Engineer
The Entity List would require licences to do business with US firms, namely after measures were extended in May a further year.

According to a statement in September, SMIC said it was aware of the export controls from the US Commerce Department's Bureau of Industry and Security, but added it had not received any official information.

"SMIC reiterates that it manufactures semiconductors and provides services solely for civilian and commercial end-users and end-uses. The Company has no relationship with the Chinese military and does not manufacture for any military end-users or end-uses," the statement read.

But despite the allegations of Chinese firms having ties to Beijing, reports in August found the Trump administration had launched plans to allow US telcos to privatise military radio frequencies for future 5G network infrastructure.

The Federal Communications Commission (FCC) is set to auction 100 megahertz of military mid-band spectrum next year.

The talks come ahead of China's massive antitrust investigation into Google Inc amid the ongoing US-China trade war, namely after the US tech giant blocked access to its software and updates.

Huawei proposed the measure last year, two unnamed sources said as quoted by Reuters, adding China's State Council anti-monopoly committee may launch the probe next month, depending on relations between Washington and Beijing.

© AP Photo / Peter Nicholls
Trump Gov't Signs US-UK Strategic Pact on AI To Counter 'Repressive' China Amid Beijing's Tech Rise
Should the investigation proceed, Chinese officials could determine whether Google had caused "extreme damage" to companies like Huawei due to its monopoly over the tech market, the report added.

Washington added over 70 Chinese tech firms, including Huawei, ZTE and others to a blacklist in May last year, citing national security concerns, and extended its tech war on China to TikTok owner ByteDance, Tencent's WeChat and others.

Both Huawei and ZTE were also designated as national security risks by the FCC, who claimed the two firms had close ties with the Chinese Communist Party and military, without providing evidence.

US president Donald Trump signed an executive order on the popular video-sharing app, forcing the Beijing-based firm to sell its US operations or face a national ban, but the measure was later blocked by a US judge, reports found.

Huawei, ByteDance, SMIC and Beijing have strongly condemned the measures and denied allegations from the US.