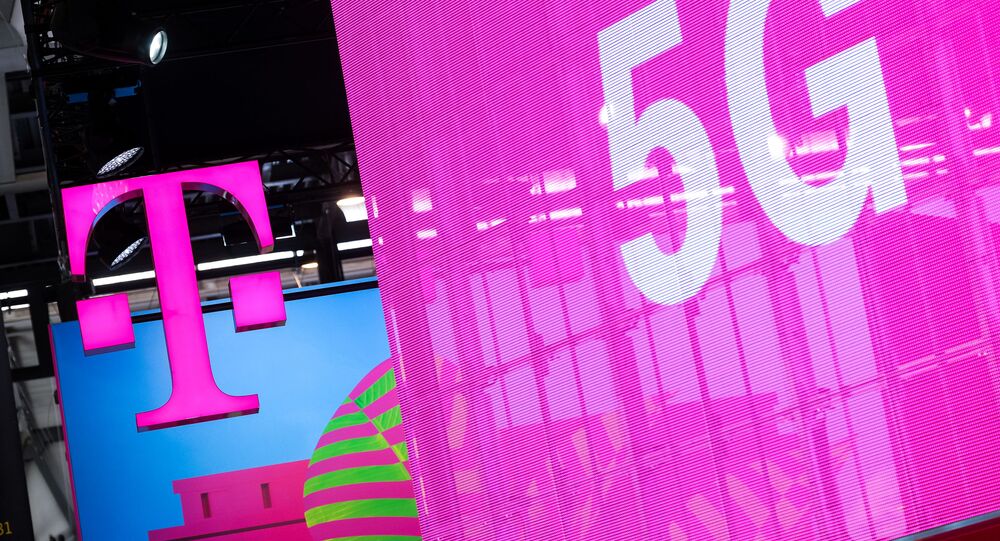 The news comes as the Trump administration continues to pressure Germany to block Huawei from the nation's 5G networks, despite failing to receive guarantees Berlin would cancel its business with the Chinese telecoms giant, German and US media reported on Monday.

Berlin has allegedly launched plans to help Deutsche Telekom enter the Chinese telecom market as part of a deal on the nation's 5G strategy, it was reported.

The WirtschaftsWoche report did not state provide further details on the plans, despite the German telecom previously offering enterprise-level provisions of data centre and cloud services in China via T-Systems PR China.

© AP Photo / Ng Han Guan
Belgian Telecoms Chief Urges to Limit 'Unreliable' 5G Operators Amid US Bid to Block Huawei's Ascent
But Chinese officials offered German counterparts an eight-points anti-espionage agreement at the meeting in Brussels. Deutsche Telekom added that it's "clear focus" was in Europe and the United States, despite working with the Huawei Technologies on its Open Telekom Cloud service.

The Federal Cabinet could pass its new IT security law by next Wednesday determining which firms will receive access to the German 5G market, the report said, adding there were concerns in the European Commission on Deutsche Telekom's growing role in China's networks, namely in the mainland 5G market.

Keith Krach, US undersecretary of state, recently held talks with a delegation with officials in Berlin, where he called Huawei the "backbone of the Chinese Communist Party's surveillance state", adding the world's largest provider of IT equipment posed an "existential threat" to Europe's largest economy.

“The parasite is attached to the prize, and that is Germany,” he told the press in Berlin as quoted by Bloomberg, but said he had "respect" for Germany's final decision.

Where Does Europe Stand On Huawei?

Numerous EU countries have pushed back against US pressure, including France, the Czech Republic, the Netherlands, Belgium, who said they would not exclude the Chinese company, with some choosing their own cybersecurity reviews.

Brazil's minister for science, Marco Pontes, also said his country would not exclude any companies from current bidding processes, adding that all awarded telecom contracts would be based on merit.

© REUTERS / MIKE BLAKE
US Federal Judge Blocks Trump Ban on TikTok Downloads in US
But the UK reversed in July its decision to approve Huawei's role in building British 5G and gigabit networks, citing supply line threats, sending ties between London and Beijing plummeting to historically low levels to date.

Washington place Huawei, ZTE and over 70 firms on an Entity List in May last year, blocking US firms from doing business with the blacklisted companies without first seeking licences from the US Department of Commerce.

The ongoing US trade war against China has involved TikTok owner ByteDance and Tencent's WeChat, where a US Federal judge blocked US president Donald Trump's executive order ban on the popular video sharing app on Monday due to an application for an export licence with the Chinese government.