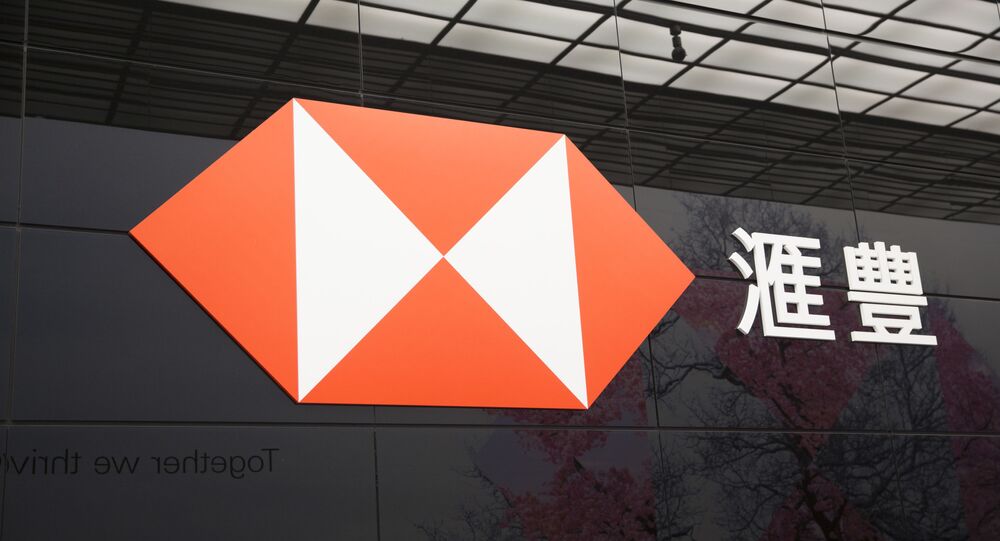 The major boost to Britain's largest bank came amid turmoil on its role in two US-led investigations involving a prominent exec for the world's leading IT telecoms provider and a scandal involving financial fraud in Hong Kong, according to reports.

Shares for HSBC spiked on Monday in China and London after holding conglomerate Ping An Insurance increased its shares in the British multinational bank from 7.95 percent to 8 percent, a regulatory filing on Friday said.

Ping An Insurance placed 20th on Fortune's 'Change the World' list in September for its Good Doctor scheme, which allowed medical professionals to hold 1.1bn consultations over two weeks amid the COVID-19 crisis.

“HSBC shares have received a decent boost as one of its largest shareholders Ping An raised its stake from 7.95% to 8%, pulling the shares off their 11-year London trading lows, seen at the end of last week. This has helped the rest of the sector enjoy a decent rebound, with Standard Chartered also sharply higher,” CMC Markets’ analyst Michael Hewson said.

The news comes after HSBC's Asian wing plummeted to 25-year lows after the BBC reported the US Treasury's Financial Crimes Enforcement Network (FinCEN) had accused the bank of money laundering funds in Hong Kong, among others.

The bank also cancelled dividend payouts in March in the UK due to pressures from British regulators, with similar measures potentially taking place in its Hong Kong branches, amid the ongoing coronavirus pandemic.

Shares for the financial institution went in freefall roughly 47 percent due to COVID-19 and profits stood at just $4.3bn this year compared to $12.4bn the same period in 2019, or a nearly 65 percent drop, it was reported.

The bank also announced it would cut up to 35,000 jobs and shed $100bn in company assets as it struggled to keep up with competitors amid the pandemic, it announced in February.

According to the bank, it also plans to boost its investments across Asia and scale back European and US operations in a bid to save $4.5bn in costs.

HSBC Hits Back at Allegations It Framed Huawei CFO

Meng Wanzhou is currently fighting a potential extradition to the US by Canadian courts for allegedly misleading the bank on the Chinese tech giant's business with blacklisted Iranian firm Skycom.

According to US prosecutors, Huawei had allegedly used a firm to do business with Iranian telecoms, violating sanctions against Tehran in effect at the time, which the Chinese telecom giant and Meng have denied.

Meng's lawyers argued in recent disclosures that the US had intentionally omitted vital information provided to a senior HSBC employee in 2013, adding that Huawei had sold all of its shares and Meng had resigned as Skycom's director.

But requests from her defence team to see the documents were blocked by Canadian courts, media reports revealed.

The news comes amid the ongoing US trade war on China after Washington placed Huawei along with over 70 Chinese firms on an Entity List in May last year, citing national security threats, and blocked access to numerous American technologies such as semiconductors and software.

Both Huawei and Beijing have denied all US claims it uses technologies to spy on behalf of the Chinese government.

HSBC 'Has No Malice Against Huawei', Bank Says Amid Reports It 'Framed' Chinese Tech Giant