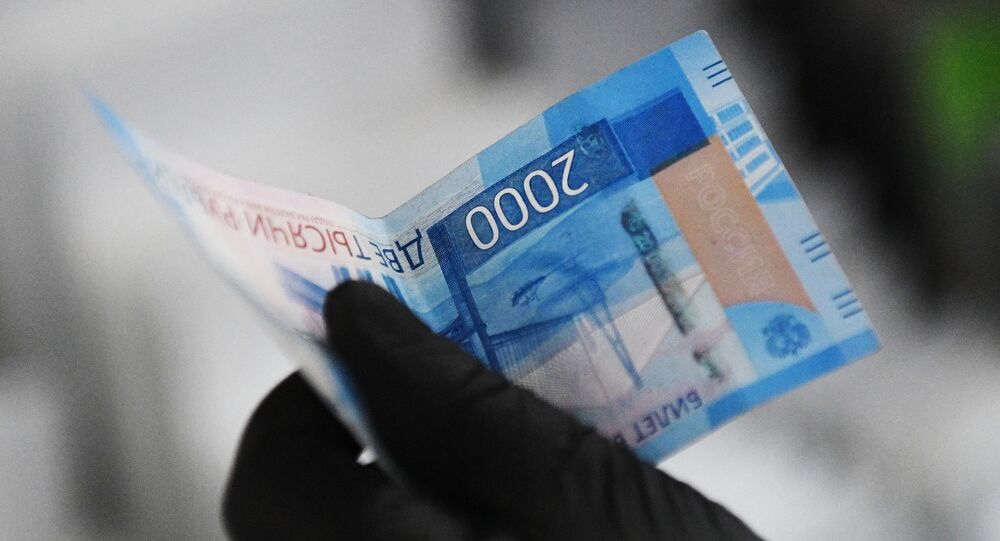 Russia’s currency has suffered some losses during the coronavirus pandemic as global business activities have been halted throughout the world partly causing a significant drop in oil prices. However, the Wall Street giant, Goldman Sachs, believes that the ruble will bounce back as the price of oil is expected to rise in the next two years.

Goldman Sachs investment bank named top three emerging market (EM) currencies to bet on after “the dust settles” following the coronavirus pandemic, according to a note cited by CNBC.

The Mexican peso, which currently trades at 22.3 to US dollar, was picked by analysts as the most attractive currency to back in the post-COVID world among “high cyclical beta, high carry longs.”

The first term refers to the currency’s sensitivity to economic cycles and the second one describes a difference in rates between low and high-yielding currencies when traded by investors.

“The peso remains our top choice in this group: though it appears to have less ‘room to run’ than some other EM high-yielders, this week’s sell-off means that USD/MXN still stands well over 10% higher than its pre-corona crisis level of roughly 19,” said the release’s authors, Co-Head of Global Foreign Exchange Kamakshya Trivedi and Head of EM Cross-Asset Research Caesar Maasry.

Based on these indicators, Mexico is closely followed by the South African rand and the Russian ruble in how attractive they are to investors, as strategists noted that they both have more “room to run”.

© REUTERS / Rick Wilking
Dollar’s Share of Russia-China Trade Falls to Record 46% Low, Hinting at New 'Financial Alliance'
With the health crisis ongoing, investment in these EM pacers is still too risky and should come only after the situation in the global market normalises, the analysts note. Meanwhile, “the key question for each currency is whether high global betas can (eventually) trump domestic headwinds.”

This week, the ruble lost nearly 1.8% of its value against the US dollar, dropping to 78.2, its lowest point since March, when it nosedived by 10% because of the coronavirus crisis and a crash in the oil price. However, according to Goldman Sachs earlier predictions, this tendency could reverse in the next two years thanks to an expected gradual rise in oil prices.