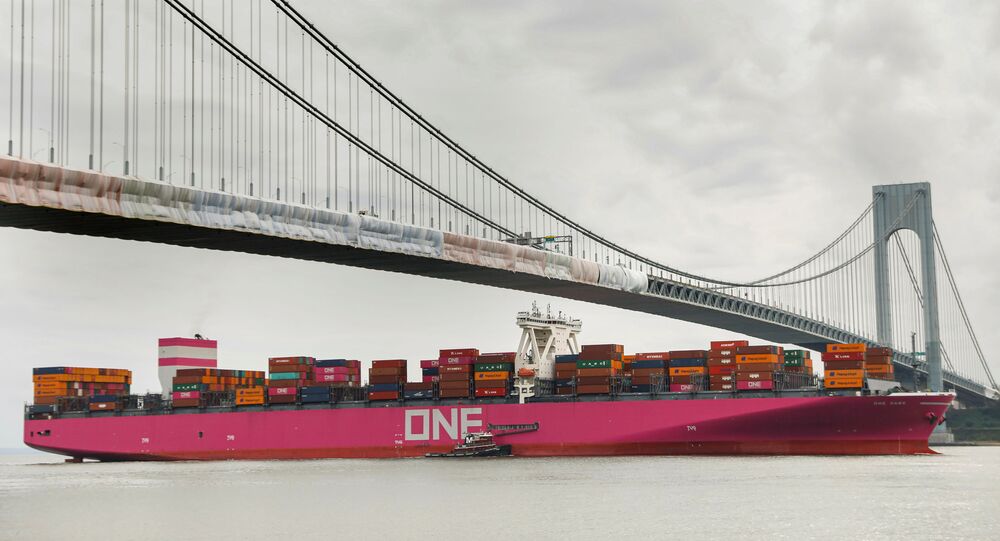 As European Parliament Orders Cut in Maritime Emissions, Are Eco-Ships the Answer?

Ships travelling around the globe produce 940 million tonnes of carbon dioxide every year - 13 percent of all transport emissions. So what plans do shipping companies have to reduce those emissions?

The European Parliament voted last week for ships to be required by law to cut their carbon emissions.

MEPs set shipping companies a target of reducing greenhouse gas emissions by 40 percent by 2030 and said they must buy EU carbon permits.

​Faig Abbasov, shipping programme manager with the European Federation for Transport and Environment, said: "The Parliament is tired of inaction of the face steadily rising shipping emissions. This is a clear signal to President Ursula von der Leyen that the EU’s more ambitious 2030 climate target must apply to maritime emissions too and that ships must pay for all of their pollution in the EU carbon market."

In 2018 the International Maritime Organisation (IMO) - which represents the shipping industry - made a commitment to cut greenhouse gases by 50 percent by 2050.

​So how are the world’s shipping companies planning on cutting emissions so dramatically?

One of Japan's biggest logistics companies, Nippon Yusen (NYK), has come up with a prototype, known as Eco Ship 2030.

It would have a lightweight hull, solar panels, fuel cells and a waste heat recovery system, although the sails which were part of the original design appear to have been dropped.

But Vittorio Garroni, a Genoa-based designer who is part of the consortium behind it, admits: "NYK Super Eco Ship 2030 is still a dream-ship. We need a few more years to deepen research on the sun, wind, cells, and energy to finalise a real ship that will hopefully be profitable both for business and the environment."

While the Eco Ship 2030 is still some way over the horizon, the 18,000 TEU Triple-E has already arrived in port.

In 2011 the Danish container firm Maersk ordered a fleet of 20 Triple-Es from the Daewoo shipyard in South Korea.

​They are powered by two 39,800 horsepower diesel engines rather than sustainable energy but because they are so huge Maersk is able to pack more containers on board and use a slow steaming strategy which reduces fuel consumption by 37 percent and CO2 emissions per container by 50 percent.

Japanese corporation Kawasaki Kisen has been building a futurist car carrier to transport vehicles around the world. The ship, which will be powered by liquid natural gas (LNG), was launched in July and is now being fitted out.

Tanker scrapping has hit a 30 year low, with only 14 ships totaling 1.1m-dwt removed from the fleet in the first half of 2020.
Could this lead to overcapacity problems in the future?
TradeWinds correspondent Dale Wainright writes more.https://t.co/nBo9zTle8z

​Kawasaki Kisen says the ship will cut carbon emission by 40 percent and be able to carry 2,000 cars.

Several other futuristic eco-ships have never got off the drawing board.

A company called STX Europe proposed a pentamaran - a ship with five hulls - with huge sails, to carry cruise passengers. But the ship, called Eoseas, has yet to appear and with the state of the global cruiseliner industry it is unlikely to ever do so.

The giant Scandinavian shipping company Wallenius Wilhelmsen drew up a concept for a vessel which would have zero emissions.

The E/S Orcelle, named after a type of dolphin, was announced in 2011 and a launch date of 2025 was mentioned but the project seems to have hit a hitch.