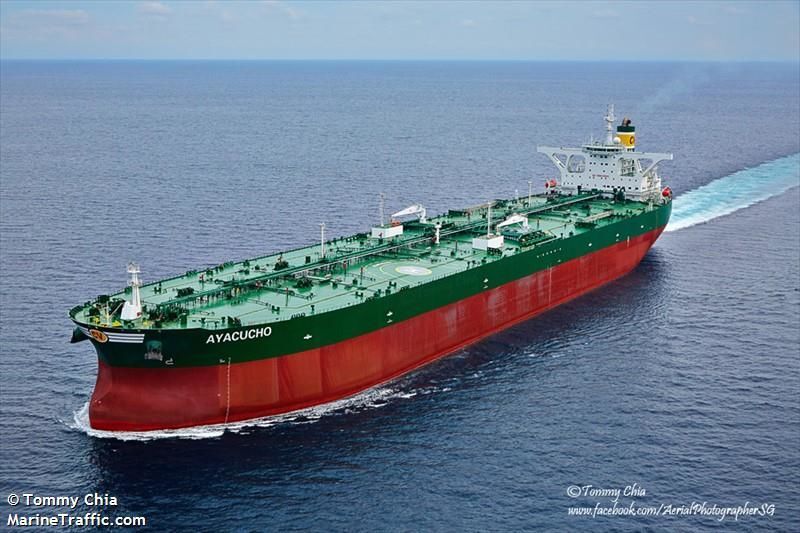 The US government imposed crushing sanctions on Venezuela and seized or froze tens of billions of dollars’ worth of assets belonging to Caracas in early 2019, in a bid to overthrow the country’s democratically elected government.

Venezuela’s premier supertanker, the Ayacucho, has changed flags, reregistered in Russia, and been renamed the Maximo Gorki, data from merchant fleet trackers Equasis and MarineTraffic shows.

The tanker, built in 2013 by China’s Bohai Shipbuilding Heavy Industry Co, has a 320,840 deadweight tonne (DWT) carrying capacity, and is capable of carrying about two million barrels of oil, or up to five days of the Bolivarian Republic’s current daily crude output.

The tanker is 332 meters long (the equivalent of about three American football fields), 60 meters wide and has a draught of 22.5 meters.

The vessel reportedly changed its name and registration in May, and has been sailing under the Russian flag since June 1.

The flag and registration change makes the Maximo Gorky the largest tanker in Russia’s fleet, exceeding the DWT capacity of the Umba floating storage facility and the Kola supertanker, which have a DWT of 300,000 and 309,000 tonnes, respectively.

The US slapped sanctions on the Ayacucho and nearly two dozen tankers in February 2019 as part of its policy of squeezing Caracas economically to try to topple the Maduro government after recognising self-proclaimed ‘interim president’ Juan Guaido as the country’s leader.

MarineTraffic last tracked the Maximo Gorki sailing east out of the Puerto Jose oil terminal in northeastern Venezuela, with its present location unknown.

The US has not commented on the change in the tanker’s name, flag and registration. Washington added several subsidiaries of Russian oil giant Rosneft to its Venezuela sanctions in February and March 2020, prompting the Russian company to halt its activities in the Latin American country and begin the process of selling off its assets there in late March.

Last month, Bloomberg reported that the Trump administration was considering additional sanctions against Venezuela to stop the remaining crude exports by the country.

© REUTERS / Marco Bello
El Palito refinery which belongs to PDVSA is seen in Puerto Cabello, in the state of Carabobo, March 2, 2016. REUTERS/Marco Bello
© Photo : TankerTrackers.com, Inc./twitter
Iranian Tanker Carrying Gas Condensate Arrives in Venezuela - Video
Amid the pressure, Iran has stepped up its energy cooperation with Venezuela, repeatedly shipping emergency fuel supplies, food, and oil production equipment to the country in recent months in a bid to help get its energy production and refining capacity off the ground. Tehran has little to fear when it comes to US restrictions and threats, as the Islamic Republic itself has been under stifling US sanctions since May 2018, when Washington ripped up its commitment to the Iran nuclear deal.

Venezuela has repeatedly blasted the US for its “criminal” sanctions policy, and has accused the Trump administration of trying to overthrow its democratically elected government and replace it with a puppet so that the US might plunder its vast oil and mineral resources.