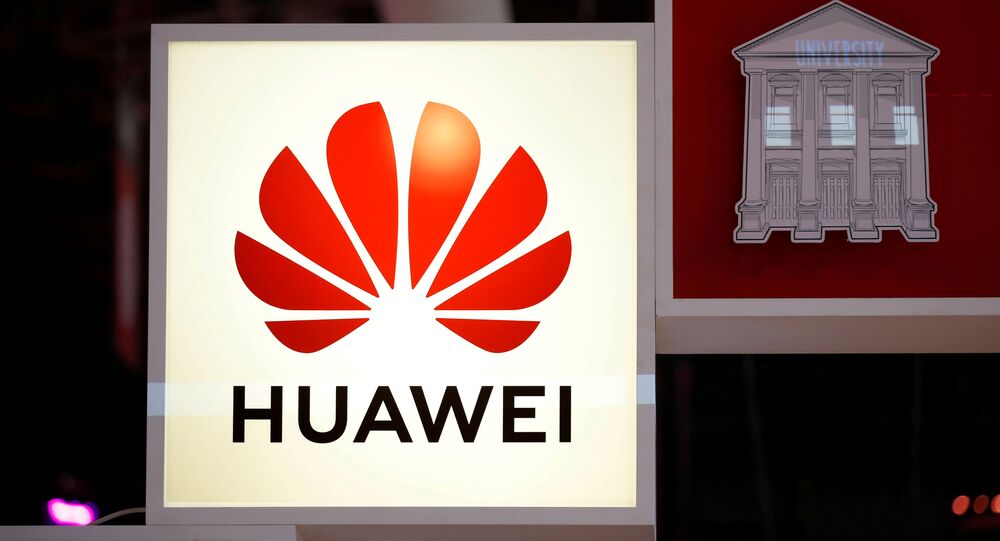 The alliance would include 12 partners in a bid to build a "Go Global Service Engine" aimed at combining resources and working jointly on Huawei's app platform, as well as provide a major space for companies to produce premium content, according to a report.

© AFP 2021 / NOEL CELIS
China Europe Capital to Raise £566m for Mainland Tech, Chip Firms as Beijing Outlines Industry Plans
The announcement was made amid the Huawei Developers Conference 2020 (HDC.Together) last week and comes as major competition in the mainland internet industry has sparked a race for overseas markets to boost traffic growth, it added.

Cumulative downloads in the global mobile market earned $209bn last year, with consumer spending at $120bn, AppInChina chief executive Rich Bishop said at the summit as quoted by the report.

According to Wang Yanmin, Huawei's Global Ecological Development Department president, 38 of 100 global apps were made in China, revealing the country's major contributions to the global application ecosystem.

NetEase vice-president Hu Zhipeng also said in a statement that his company had collaborated with the HMS ecosystem and its cross-platform information sharing platform 1+8+N, as well as cloud gaming.

Expert lectures and case studies would also be provided for developers and allies, the report said, adding that such cases would help developers boost compliance with local laws.

The news comes Huawei plans to launch its HarmonyOS platform on its smartphones and laptops in a bid to replace Microsoft's Windows and Google's Android amid the Trump administration's acrimonious trade war with Beijing.

Huawei Technologies
Huawei Smartphones Receive Major Upgrade With New Assistant, Payment System to Challenge Google Apps
The Chinese State Council also launched in May a $1.4tn initiative to boost domestic technologies, including artificial intelligence, software, infrastructure and semiconductors, among others, to reduce the nation's dependence on US tech firms.

The US Department of Commerce place Huawei, ZTE, and over 70 firms on an Entity List in May 2019 and extended it a further year in May this year, citing national security concerns.

The Federal Communications Commission also declared Huawei and ZTE national security risks over alleged ties to the Chinese Communist Party and military, without providing details or evidence for the claims.

Further rows erupted after US president Donald Trump signed an executive order forcing TikTok owner ByteDance to sell its US operations to Microsoft or other domestic tech firm, citing claims that the company could harvest data for Beijing.

Huawei, the Chinese government and TikTok owner ByteDance have slammed the accusations as false and demanded to see evidence, with the latter launching two lawsuits to protect employee jobs in the United States.