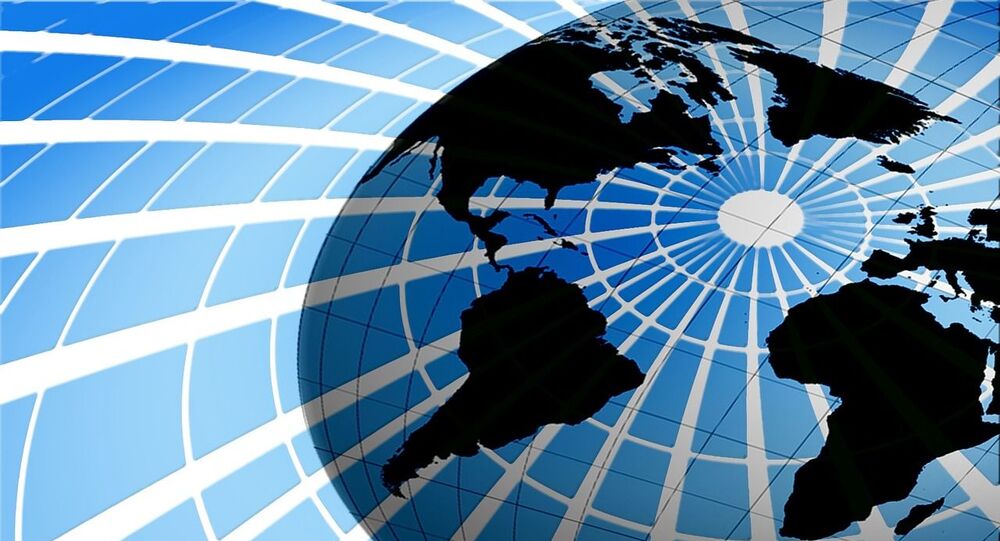 The new report comes on the heels of predictions by market analysts and hedge funds that the US dollar could lose over a third of its value against the euro and slide against other currencies in the coming months owing to poor US economic performance and ballooning debt in the wake of the coronavirus crisis.

The world is “on the cusp” of a new era marked by instability, disorder and the fragmentation of the previous period of globalisation, Deutsche Bank, the largest bank in Germany and one of the largest financial institutions in the world, has predicted in a new report.

In a document for clients entitled the ‘Long-Term Asset Return Study’, the bank suggests that the coronavirus crisis has accelerated, but not caused, the coming about of what lead analyst Jim Reid refers to as the new ‘Age of Disorder’, in which deteriorating relations and divergent interests between the United States and China replace the age of “unfettered globalisation” (and smooth, easy profits) which began in the early 1980s.

“In terms of geopolitics, tension between the US and China should ‘characterise the era of disorder’ as China continues its path of restoring its historic role as a global economic powerhouse while preferring its own values to Western liberalism,” a summary of the report published on the bank’s website notes.

China is expected to overtake the United States in terms of nominal GDP by the end of the current decade, with the sea change expected to escalate a danger of the so-called Thucydides Trap (i.e. the heightened risk of military conflict between two rival powers when one catches up to another economically). The report recalls that wars took place in 12 of the 16 times that the Thucydides Trap has occurred over the past five centuries.

Suggesting that actual direct military confrontation between China and the United States is unlikely, the report notes instead that the conflict will more closely resemble the 20th century Cold War conflict between the United States and the Soviet Union, which economically entails new tariffs, sanctions, asset seizures, and bans on technology transfer, and geopolitically the formation of separate military blocs – one led by Beijing and the other by Washington. Separately, China, Russia, the European Union and Turkey are expected to vie for influence in the Middle East and Africa.

The report warns that the period of instability, which is expected to last for the next 10 years or so, could be a “make-or-break decade for Europe,” with divergent economic interests and economic stagnation threatening to create new “stress points” in the wake of the coronavirus crisis, while the virus itself may have given integration new impetus in the form of the European Commission’s Recovery Fund – a €750 billion stimulus package meant to help repair the damage caused by the coronavirus crisis.

Deutsche Bank’s analysts also predict that ‘modern monetary theory’, or so-called ‘helicopter money’, a controversial monetary policy which proposes central bank payments directly to citizens to stimulate economic growth, will become mainstream in the coming years and lead to “even higher debt” burdens among nations. One likely side effect is expected to be a rise in inflation.

The report also predicts a further worsening of global inequality before a “backlash” causes a reversal of the trend in the form of higher taxes on the wealthy.

The report delivers a eulogy of sorts to the “second era of globalisation (1980-2020?)”, characterising it as “the best combined asset price growth of any era in history, with equity and bond returns very strong across the board. It’s unlikely that the Age of Disorder can see such performance maintained, especially in real terms.”

The global economy is expected to contract over 5 percent as a result of the coronavirus crisis, with the World Bank calling the downturn the “worst recession since World War II.”