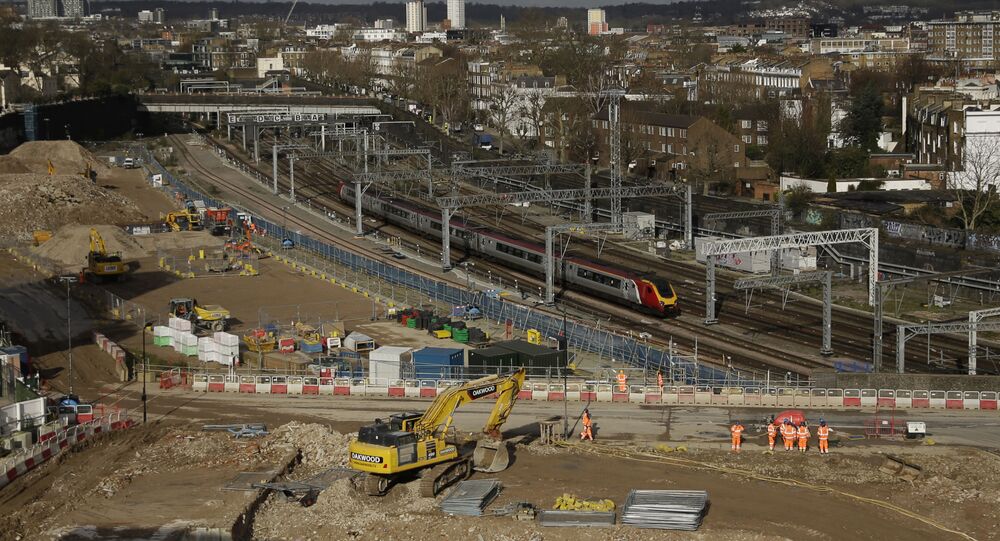 High Speed 2 will create tens of thousands of jobs across the country, but faces opposition from residents and environmentalists who say it will destroy natural habitats in addition to the hundreds of homes and business premises that will be demolished.

Diggers have moved in to start work on the High Speed 2 (HS2) rail link from London to the north of England today, drawing both praise and criticism.

Excavation work officially began on Friday morning on the route from the Euston rail terminus in central London through the West Midlands to the North-West.

The £45 billion ($60 billion) first phase of the 250-mph line from London to Manchester and Leeds via Birmingham will create tens of thousands of new jobs, but budget estimates for the scheme have soared almost three-fold from £31 billion in 2010 to £89 billion last year.

"HS2 is at the heart of our plans to build back better – and with construction now formally under way, it’s set to create around 22,000 new jobs," Prime Minister Boris Johnson said on Friday.

The PM said the infrastructure project, part of the government's Northern Powerhouse plan to bring new development to the neglected north, would also help drive the recovery from the Covid-19 induced recession.

"By creating hundreds of apprenticeships and thousands of skilled jobs, HS2 will fire up economic growth and help to rebalance opportunity across this country for years to come," he said.

Northern businesses and the construction industry also welcomed the news.

"They also have the potential to transform the UK economy by attracting investment and stimulating growth in the long term," he added, calling for work on the northern sections of the line to start as soon as possible. "Increasing capacity on the North’s rail network and better connecting our towns and cities will be vital in the economic regeneration of the Northern Powerhouse – both now and long in the future."

Engineering firms Mace Dragados and Skanska Costain Strabag will employ a combined 7,800 at Euston, while Balfour Beatty Vinci Systra (BBVS) will need another 1,400 at Old Oak Common in west London, near the busy Willesden Junction interchange, with 5,600 elsewhere along the route.

EKFB will employ 5,000 and Align 1,200 on stretches from the Colne Valley and Chiltern Hills outside London up to Warwickshire.

"As works begin to ramp up at Old Oak Common, we are now turning our attention to attracting, training and retaining the best talent, offering the opportunity to work on the largest new station built in the UK in over 100 years and play a key role in delivering Britain’s first low carbon, high speed railway," said BBVS project director Nigel Russell.

But the project faces opposition from environmentalists as well as residents and businesses along the planned route.

The Stop HS2 campaign held a small protest march to the HS2 offices at Euston station on Friday.

A statement from the campaign claimed that the switch to working from home for millions of non-essential office staff during the Covid-19 lockdown showed that the rail link was unnecessary.

​"The case for building HS2 has gone from questionable to completely non-existent," said Stop HS2 campaign manager Joe Rukin. "The passenger forecasts invented to justify this gargantuan white elephant started off as being grossly inflated, but now this idea that HS2 is needed because tens of thousands of people, will demand to commute even greater distances for work in the future, are just laughable. "

"We’ve spent 10 years trying to tell tin-eared politicians that working practices will change in the future and drastically reduce the need for travel, and even now it’s happened right in front of their eyes, they refuse to accept it," he added.

Rukin claimed that the 22,000 jobs to be directly created by HS2 represent an investment of £2 million ($2.7 million) each, and that the railway would "permanently displace" 19,590 other jobs.

Campaigners, including Extinction Rebellion, also opposed the rail link on environmental grounds, despite its potential to reduce motorway traffic.

"HS2 is the most environmentally destructive project this century, with almost 700 wildlife sites under threat, and HS2 Ltd themselves even admitting it will have a negative impact on carbon emissions for over a century," Stop HS2 chair Penny Gaines said.

"This is why there are currently hundreds of activists camped out along the HS2 route, fighting to protect nature and we don’t expect them to go away any time soon."

As UK Reconsiders HS2, What Are the World’s Biggest Civil Engineering Projects in the Pipeline?

UK, China to Deepen Ties on Climate Change as Key Talks on HS2, 5G Underway Amid Tensions With US