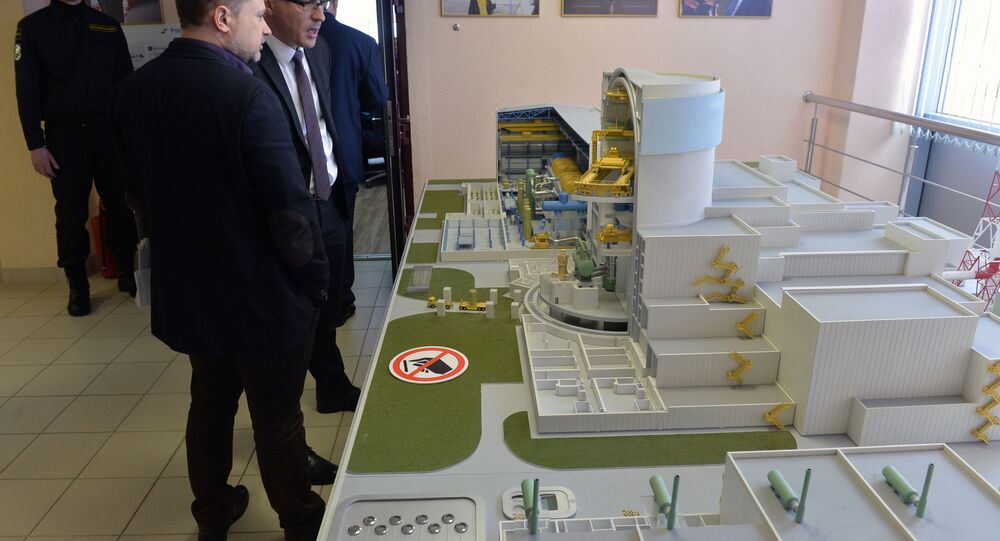 Belarus’s newly-built Ostrovets Nuclear Power Plant is expected to begin generating power later this year. The $7 billion plant is being built with Russia’s help, and is expected to provide Belarus with up to 40 percent of its electricity when completed.

Latvia, Lithuania and Estonia have collectively agreed not to purchase electricity from Belarus following the launch of the Ostrovets NPP, the press service of Estonia’s Ministry of Economic Affairs and Communications has announced.

In a press statement released Tuesday, the ministry indicated that a system of certificates about the origin of electricity will be implemented to ensure that Belarusian NPP-derived electricity is not delivered to the Baltic countries.

At the same time, electricity trade between Russia and Latvia is expected to continue, albeit at reduced volumes, while exchange between the Russian exclave of Kaliningrad and Lithuania will continue at current levels. The Baltics also plan on introducing a single tariff for the use of infrastructure by 2021.

The Ostrovets NPP is expected to begin generating power in the coming months; one of its two reactors was loaded with fuel last month and engineers are expected to connect the plant to the power grid before the end of the year. The launch of the second reactor is expected to take place in 2022.

Last week, Lithuanian Energy Minister Zygimantas Vaiciunas said that a joint boycott of Belarusian electricity would cost Minsk “hundreds of millions of euros” in lost revenues each year, adding that the project would be doomed to “fail” without the Baltics.

Lithuania was forced to close its own Ignalina NPP in 2004 to comply with European Union energy regulations, turning the country from a net exporter of electricity into a net importer, with electricity bills for consumers becoming among the highest in Europe.

Belarusian authorities have remained mindful of the dangers of a possible cut-off of access to the Baltic electricity market throughout construction of the Ostrovets NPP. Earlier this year, after taking a look at over a dozen prospective electric vehicles, ranging from electric-powered MAZ trucks and buses to a roadster, mopeds, bikes, street sweepers, Zambonis and drones for the military, President Alexander Lukashenko tasked engineers and industries with increasing the production of EVs, calling them “the future”.

Ostrovets NPP is currently the largest joint Russian-Belarusian infrastructure project under construction, and is being built by Rosatom subsidiary Atomsroyexport in cooperation with their Belarusian colleagues. The plant’s pair of VVER-1200 reactors is expected to generate up to 2,400 megawatts of electricity, providing between 30-40 percent of Belarus’s total electricity needs.

The electricity generated is expected to reduce Belarus’s natural gas consumption by 4.5 billion cubic meters per year and save the country up to $405 million, while cutting the country’s greenhouse gas emissions by over 7 million tonnes annually.

Lithuania, which withdrew from the so-called Belarus-Russia-Estonia-Latvia-Lithuania (BRELL) energy ring last week, has expressed concerns about the plant’s safety, pointing to its location about 50 km from its capital, Vilnius. Belarusian authorities have dismissed these concerns, stressing that the plant contains advanced Generation III+ reactor units and is fully compliant with International Atomic Energy Agency safety recommendations and other international standards.

All three Baltic countries have pledged to disconnect from the Soviet-era BRELL electricity link system by 2025 and join the European electricity system via lower capacity connections with Poland and Finland. Critics have expressed concerns that the loss of capacity could leave the region vulnerable to electricity shortages and price gauging.