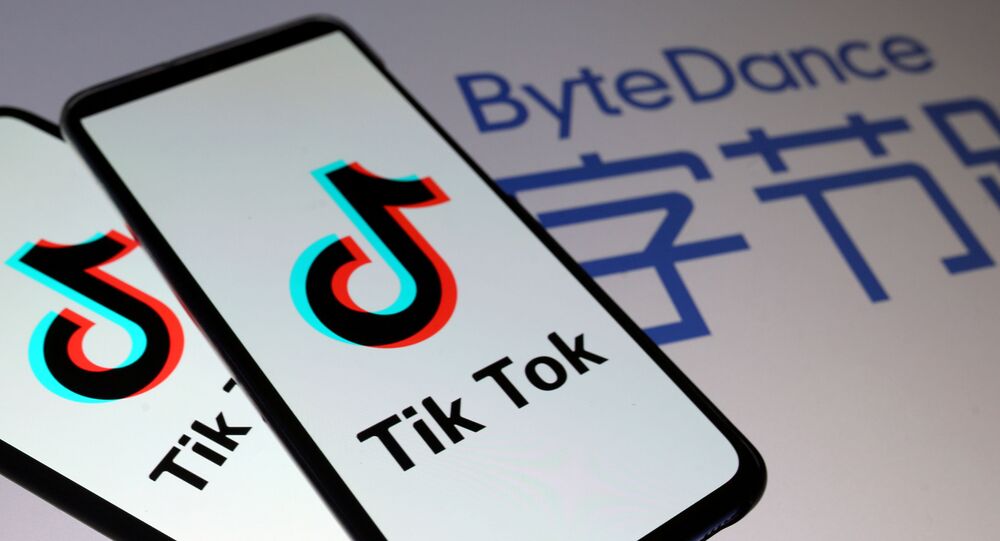 On Thursday, CNBC reported that TikTok would announce the sale of its US, Canadian, Australian, and New Zealand operations in the coming days, a deal estimated to be valued at between $20 and $30 billion.

China has updated its export control rules which are expected to complicate the video-sharing platform TikTok’s sale in the US, according to Xinhua.

The state-run news agency cited Professor Cui Fan of China's University of International Business and Economics as saying on Saturday that the new regulations are specifically related to TikTok and technologies held by ByteDance, the app's Beijing-based parent company.

“If ByteDance plans to export relevant technologies, it should go through the licensing procedures. It is recommended that ByteDance seriously study the adjusted catalog, and carefully consider whether it is necessary to suspend the substantive negotiation of related transactions, perform the legal declaration procedures and then take further actions as appropriate”, Cui pointed out.

The statement followed CNBC quoting unnamed sources as saying on Thursday that TikTok will sell its US operations in the coming days as the company is completing a deal.

© REUTERS / Danish Siddiqui
TikTok CEO Kevin Mayer Quits Company, Internal Email Says
The agreement will also include the sale of the Chinese social media platform’s operations in Australia, Canada, and New Zealand, in an accord that is reportedly worth $20 to $30 billion.

The reported sale comes after ByteDance filed two lawsuits against the Trump administration in a bid to block US President Donald Trump's executive order on 15 August to ban transactions with TikTok.

Citing national security risks, POTUS gave the video-sharing company 90 days to find a US buyer and requested that TikTok delete any data that it had obtained from its users.

The Trump administration has repeatedly claimed that the platform snoops on its users at the behest of Beijing, allegations that TikTok and Chinese officials deny.

Washington’s push for TikTok to be purchased unfolds amid the ongoing trade tensions between China and the US, which softened after President Donald Trump and his Chinese counterpart Xi Jinping signed their so-called Phase One deal in January after a year-long tariff war between the two world powers.