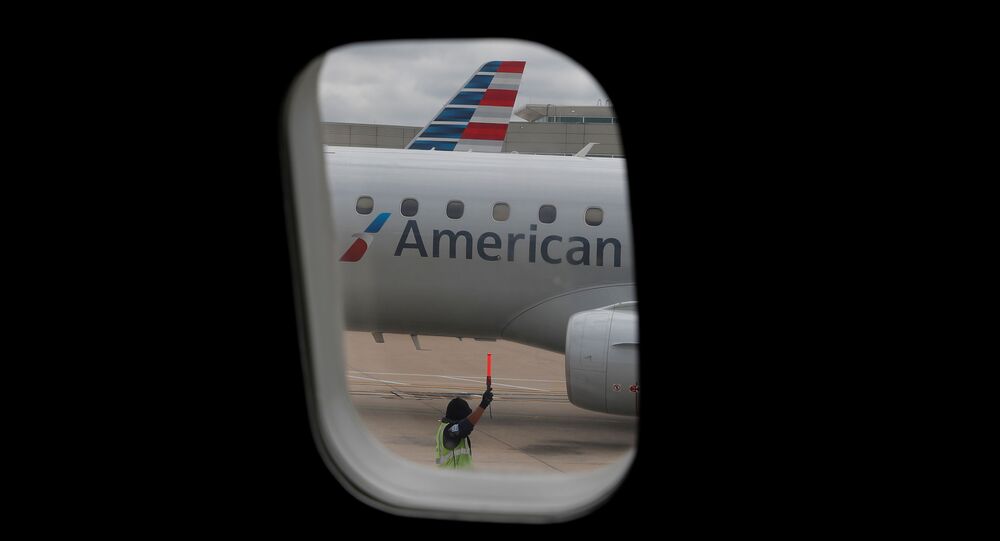 The world's largest airline has made changes to its services amid market turmoil in the aviation and travel industry caused by the ongoing coronavirus pandemic. Suspensions will enter force on 7 October and until 3 November and a list of further updates will be released on 29 October.

American Airlines plans to cut services to 15 markets in October, citing low passenger demand amid the ongoing COVID-19 pandemic and an expiration of funds from the Coronavirus Aid, Relief and Economic Security (CARES) Act, the company announced on Monday.

The news comes as a rule in the legislation is set to expire in autumn this year, which prohibits carriers accepting federal aid from cutting services in whole markets.

American Airlines recently warned 25,000 staff of potential furloughs at the beginning of October and said it backs an extension of the CARES Act up to March next year, according to US media.

© AP Photo / Wilfredo Lee
American Airlines to Slash 30 Percent of Staff as Carriers Expect Years of Profit Loss Amid COVID-19
The major US carrier also wrote in a letter to employees in May that it expected to slash nearly 30 percent of its workforce, with United Airlines, UK budget airlines EasyJet and Germany's Eurowings also announced similar cuts at the time.

Boeing chief executive David Calhoun told NBC TODAY in an interview that air travel could possibly not return to normality in 2020 and that payroll support for businesses would be insufficient. A major US airline would "most likely" fold in September and there would need to be "adjustments" on behalf of airlines, he added.