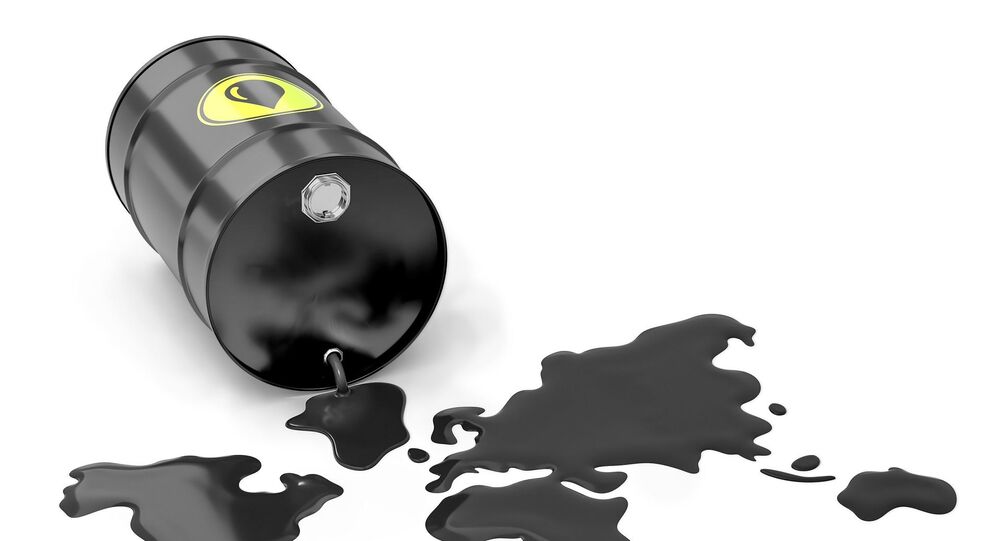 What is the Strategy Driving Saudi Arabia to Tweak the US Oil Taps?

Previously, similar tactics by Saudi Arabia implemented in 2017 proved instrumental in draining a global crude glut and propping up the market, as the kingdom slashed its US oil exports to nearly a three-decade low.

In a time-tested tactic, Saudi Arabia is poised to slash shipments of crude to the United States, seeking to drain excess stockpiles and boost rebalancing of supply and demand, writes Bloomberg.

Underscoring that calibrating the flow of crude in and out of American ports has a big impact on the level of US inventories, with weekly-published oil inventory data reflecting the pattern of changes in the oil balance and influencing trading decisions and crude prices, the outlet’s oil strategist Julian Lee believes that Riyadh intends to bring the figures down from highs registered in May and June. At the time, both the Saudi production hike and the impact from the COVID-19 pandemic resulted in a surge in US commercial crude stockpiles.

Inventories grew at a rate of 2.1 million barrels daily between 20 March and 24 April, and soared to fresh highs at the start of June.

While a steady stream of Saudi oil tankers arrived daily off the Gulf and West coasts of the US in May and June, the flow diminished in July and August, Lee says, citing tanker tracking data monitored by Bloomberg.

The data shows only six tankers carrying 9 million barrels of Saudi crude on course towards the US, with the oil estimated to arrive by mid-September, and experts not predicting any improvement soon, as excess stockpiles act as a drag on oil prices.

Chart on US crude imports from Canada and Saudi Arabia in kbpd (EIA) #oott pic.twitter.com/T5ynUqFUgi

The tactic of tweaking the US oil taps was successfully employed by Saudi Arabia three years ago, when it slashed its crude exports to the country to a nearly three-decade low, writes Bloomberg.

At the time, members of the Organization of Petroleum Exporting Countries and 10 non-OPEC allies, including Russia and Mexico, had agreed to slash production by 1.66 million barrels a day from the start of 2017 to relieve the oil glut boosted by the first US shale boom.

However, inventories kept on growing.

With Riyadh’s budget still hinging on oil revenue and the US shale industry banking on higher prices to recover amid the fallout from the COVID-19 pandemic, both sides are suggested as having a vested interest in crude imports from Saudi Arabia being curtailed.

By focusing output cuts on the American market, Riyadh might potentially revisit the success of its 2017 tactics.

However, concludes the expert, bearing in mind the volatile situation on the global market and the stranglehold of the coronavirus pandemic, there is no predicting just how successful Saudi Arabia’s measures might be.

Oil prices nosedived on 3 August, driven down on concerns about oversupply and fears that fuel demand would stall due to a spike in COVID-19 cases worldwide.

"Investors are worried about supply gluts as the OPEC+ is due to start reducing production cuts this month and a recovery in oil prices from record lows is expected to encourage U.S. shale producers to ramp up output," Hiroyuki Kikukawa, general manager of research at Nissan Securities, was quoted by Reuters as saying.