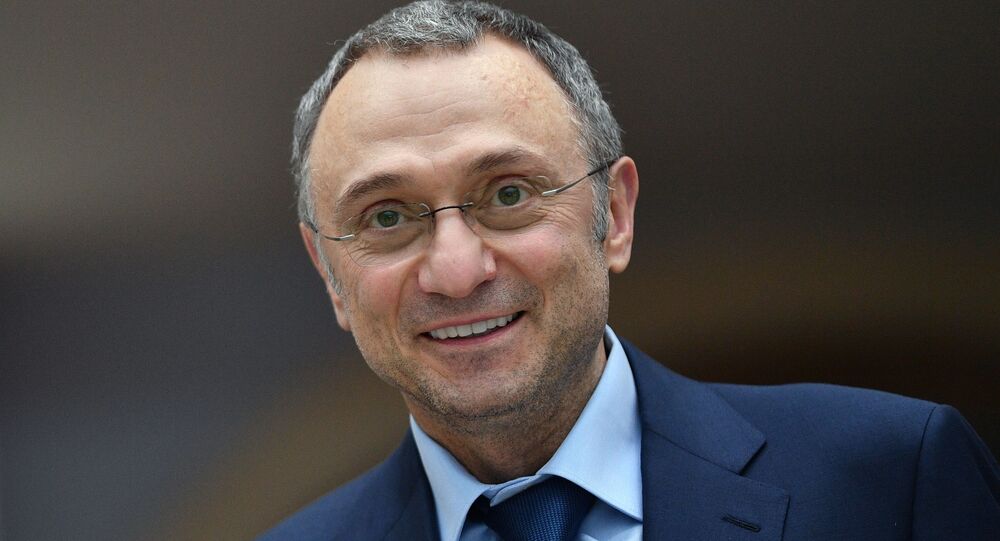 MOSCOW (Sputnik) - Russian lawmaker Suleiman Kerimov and his family, who owns Russia's biggest gold producer, Polyus, have topped the ranking of the country's richest entrepreneurs for the first time, according to data published by the Forbes magazine's Real Time Billionaires list on Wednesday.

Despite jumping to first place in the ranking for Russia, Kerimov currently occupies the 46th spot on the global list, which is updated in real time, with a $24.7 billion net worth as of 10:00 GMT.

© REUTERS / Siphiwe Sibeko
Gold Price Exceeds Historical Maximum of $1,911.6 per Ounce, Market Data Shows
According to the magazine, due to an increase in gold prices, Kerimov's family has for the first time become the richest entrepreneurs in Russia. The family's fortune has grown by $1.7 billion since the beginning of Wednesday.

Kerimov is followed by the list's former leader, Vladimir Potanin, one of the co-owners of the metals and mining company, Nornickel, with Forbes estimating his fortune at $24.6 million.