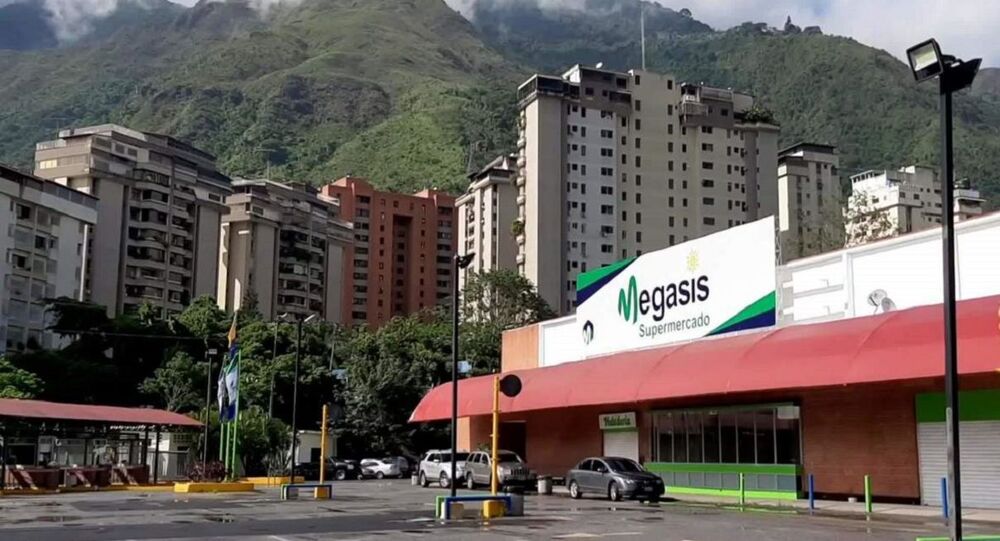 The new grocery store, which features over 2,000 products from Iran, was made possible after the Islamic Republic sent half a dozen cargo ships carrying fuel, food, medical supplies and spare parts for Venezuela’s oil industry to the South American nation last month, in defiance of US pressure.

US acting assistant secretary for the US State Department’s bureau for Western Hemisphere affairs Michael Kozak expressed irritation over the opening of the first Iranian supermarket in Venezuela.

“I would be surely surprised if Venezuela is able to obtain much benefit from Iran,” Kozak said, speaking to reporters on Thursday. “Iran is willing to play around, is willing to sell stuff to Venezuela when Venezuela really does not have the money to be buying very much,” he added.

Calling the supermarket’s opening a sign of an “alliance of pariah states,” Kozak suggested that “Iran is not going to save Venezuela from the situation it has put itself in,” and warned that “it does put itself in a more dangerous situation by playing these games.”

Iranian investors spent $10 million to open #Megasis. 3,500+ various goods from #Iran & #Venezuela are at sale. The man behind Megasis is Issa Rezaei who owns 700 supermarkets in Iran. Megasis has created 500 jobs.

Earlier, Bloomberg reported that the new Megasis supermarket, which opened Wednesday in eastern Caracas, features a high-tech form of anti-coronavirus defence which even companies in wealthier Western nations might envy – an airport scanner-style booth which instantly measures temperature and sprays customers with a disinfectant mist.

Megasis was inaugurated on Wednesday by Iranian diplomatic staff and senior Venezuelan government officials, including Vice President Delcy Rodriguez. The grocery store is operated by Issa Rezaei, an Iranian businessman who runs a chain of over 700 supermarkets in Iran.

While running the store in Venezuela, Rezaei is also buying Venezuelan food products such as mangos and pineapples, as well as wood, to ship back to Iran.

Iranian Ambassador to Venezuela Hojjatollah Soltani praised the supermarket’s opening and growing Iranian-Venezuelan cooperation, saying that “despite the sanctions, despite the threats, we are two sister nations.”

Venezuelan-Iranian ties are presently characterized as a strategic alliance. Relations improved significantly between 2005 and 2012, when then President Mahmoud Ahmadinejad of Iran and then President Hugo Chavez of Venezuela established a personal rapport, which led to the signing of over two hundred bilateral agreements on everything from defence cooperation to trade, investment and regional and global ‘anti-imperialist’ initiatives. Relations enjoyed another boost over the past two years, amid the tightening of sanctions pressure on both countries by the Trump administration.