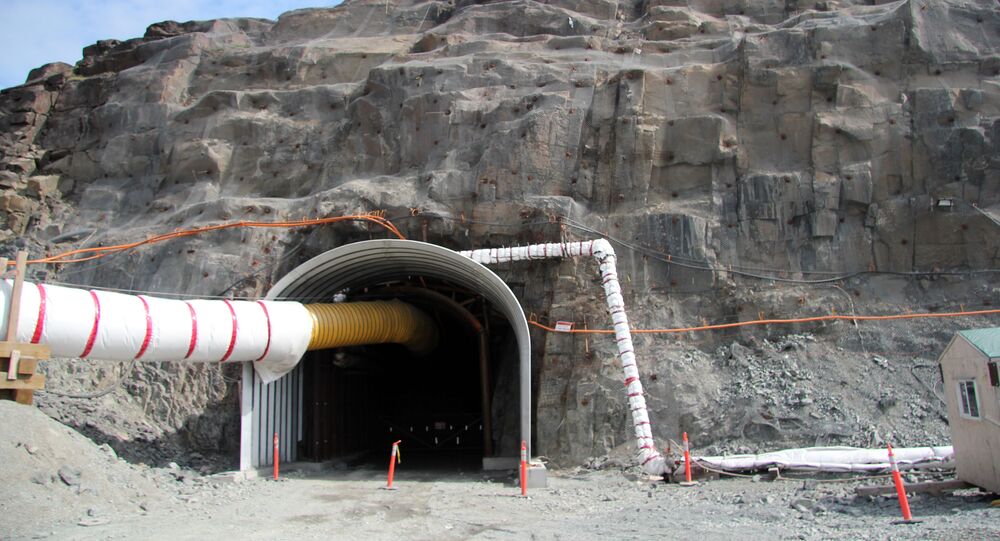 Being a key global manufacturer, China is constantly looking for new sources of resources, but the political positions of some of the country's main opponents could get in the way of Chinese companies seeking to expand their international foothold.

The plans of China's state-owned Shandong Gold Mining to acquire Canada's TMAC Resources, which owns gold mines above the Arctic Circle, are facing opposition from analysts, as well as former and current officials as Ottawa continues to keep silent on the deal. Shandong, one of the biggest gold miners in the Asian country, will need a green light from the government in order to purchase TMAC, despite being the sole bidder and willing to save the debt-ridden Canadian company.

The cabinet of Prime Minister Justin Trudeau along with members of his party are refusing to comment on the possible purchase and the prospects of it being permitted, while Canada’s Innovation Ministry, responsible for examining major foreign investments for possible threats to "national security", said it would weigh in on the benefits of the deal to the country's economy before making any decisions.

Regardless of the government's position, the deal has prominent opponents. A former national security adviser to Prime Minister Trudeau and his predecessor Stephen Harper, Richard Fadden, told The Wall Street Journal that the deal should be blocked by the government because China is allegedly the country's "adversary".

"This purchase should not go forward. They are clearly adversaries, and I think we have to take that into account every time they seek to buy something", Fadden opined.

A foreign policy analyst at the Washington-based Centre for Strategic and International Studies think tank, Heather Conley, also suggested in an interview with the newspaper that despite not appearing suspicious, the deal could raise some issues in light of China's recent policy of trying to get a foothold in the Arctic region. The company itself has insisted that the deal is purely economic in nature, dismissing allegations that it might be something other than an ordinary acquisition.

"We are a commercially focused company that is well known to the Canadian mining industry. […] We see it as a straightforward gold-mining transaction", the company said.

Ottawa could also face pressure from abroad in regards to Shandong's attempts to buy the gold mining operation in the Arctic. The US Senate Energy and Natural Resources Committee has confirmed that it has been following developments relating to the deal, with its chairwoman, Republican Senator Lisa Murkowski, warning against ceding control of "vital resources to economic competitors". She, however, didn't clarify what actions the committee would be taking regarding the planned acquisition, only noting that some US policies may be needed to be brought up to date.

The concerns over the purchase of Canada's TMAC come as China has been increasingly showing interest in the Arctic region – its resources and potential waterways for transporting goods. It has recently declared itself a “near-Arctic state”, positing its interests in the Arctic, such as building a "polar silk road" in a separate white paper.

At the same time, Beijing and Ottawa's relations have been spoiled by the ongoing detention of Huawei's chief financial officer, Meng Wanzhou, who was arrested in Canada following an extradition request from the US. Washington claims that Wanzhou misled bankers about the nature of Huawei's operations in Iran, with the US alleging that the company had violated American sanctions, while Beijing and the tech giant are confident that the case is politically motivated and is not based on any hard evidence.

Beijing Refutes US Accusations of China's Hostile Claims to Arctic