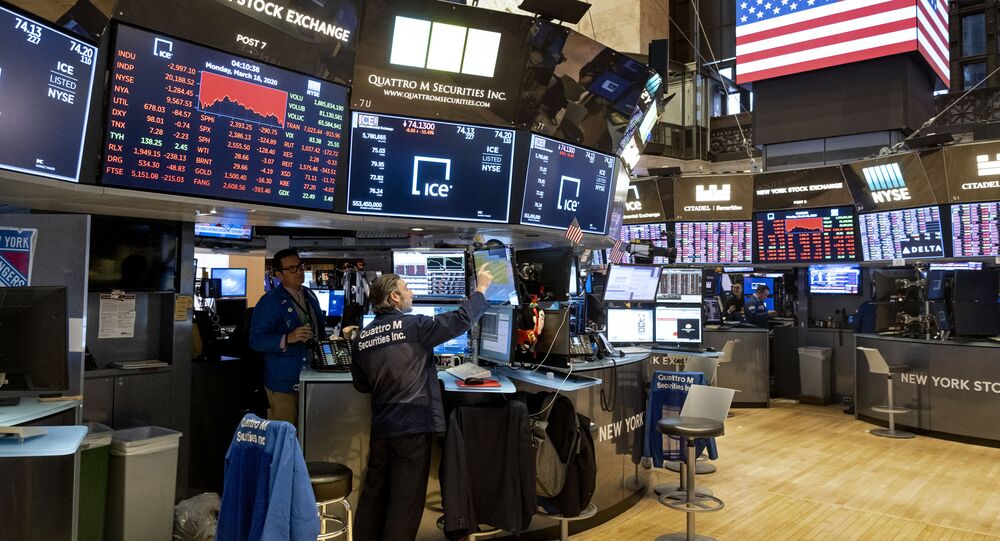 Many European countries showed higher rates of new COVID-19 cases than the US did at the initial stages of the pandemic, but when the time came to reopen, they were more successful at doing so without triggering a second wave of infections, economists say.

Despite projections forecasting that the American economy will fare better than the European one in the second quarter of 2020, EU economies are likely to recover much quicker in the next year or two, analysts from several prominent financial institutions have suggested. The European economy is expected to lose some 6.4% compared to the projected 5.1% loss for the US this year, but when the time for recovery comes in 2021, Europe is forecasted to see 6.2% growth as opposed to a 2.8% rise for the US economy, according to JPMorgan Chase's estimates.

The greater contraction of EU economies in 2020 is explained by the fact that US states started to reopen their economies earlier and in some cases more aggressively than countries in Europe, meaning they will benefit in the short to middle term. However, the recent surge in registered US COVID-19 cases might undercut these achievements, possibly forcing some states to return to quarantine again. The first signs of this emerged earlier in the week, when the US Labour Department reported that some 1.4 million unemployment claims were filed in seven days amid what is described by some experts as a second wave of infections in the country.

EU states, on the other hand, have managed to reopen while also keeping the rate of new coronavirus infections low, with their key achievement being breaking the "link" between the mobility of its citizens and infections.

"Having been hit hardest it’s pretty impressive that we think that Europe will recover more fully […] They’ve broken that link -- the mobility numbers are going up", Bruce Kasman, a top economist at JPMorgan Chase, stated, stressing the role that contact tracing, masks, and the social distancing regime played in ensuring that the increase in mobility doesn't come at the cost of new infections.

Both the US and the EU have supported domestic demand with economic stimulus for their citizens. Washington adopted a historically large $2 trillion bill during a spike in daily cases back in April, but is set to negotiate an extension to it in the coming week as the bill's effect is wearing off. According to the US Treasury's head, Steven Mnuchin, the new package will feature an additional $1 trillion in aid if adopted by the Congress, while the EU has already negotiated an $860 billion plan to restore the bloc's economies and support consumer spending, which is essential for growth.

The rise in daily new cases has apparently crippled consumer activity in some of the US states that reopened sooner than others, something that is seen as a reaction to the epidemiological situation. Due to this fact and to the different approach to reopening, the EU now has the chance for a "steeper and smoother rebound" than its partner across the Atlantic after the pandemic, despite trailing behind the US for most of the last three decades in terms of economic growth, a Goldman Sachs expert believes.

However, some economists have not ruled out a rapid US economic rebound, with chief economist at Barclays, Michael Gapen, suggesting that the American economy still has a chance to "catch up" to the European one. He added that the second half of 2020 will show with more precision what US growth next year might look like.

Cuba Ends War With Dollar in Attempt to Kickstart Economy Amid US Sanctions Pressure, Coronavirus