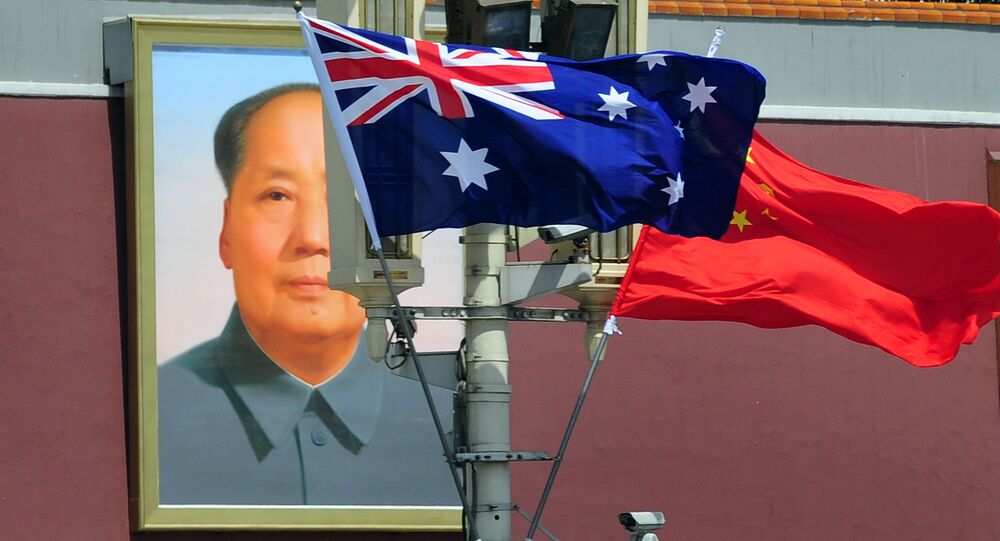 A poll released by a Sydney-based think tank in June showed that only 23 percent, an all-time low, of Australians express trust toward China with regard to international responsibility.

Australia's agricultural business leaders are calling for a separation between foreign policy and trade ties in dealing with China as they're concerned that rising tensions will impact the nation's exports to the Celestial Empire.

Mark Allison, the chief executive of agribusiness giant Elders and the president of Agribusiness Australia is among those concerned, stating that business is being used as a “weapon for foreign affairs”.

"Foreign affairs is about protecting sovereign countries, and trade is about growing business. But trade is used as a weapon for foreign affairs, and it runs counter to the objective", he said.

His concerns come as Agribusiness Australia, the body representing the country’s agricultural companies, producers and exporters, released a report saying that the country's expected agriculture production value is set to fall $12 billion short of its 2030 target of $100 billion.

According to the report, Australia could have gained a huge advantage by using China's Belt and Road not only to simplify trade with China but to find new potential customers among Eurasian nations.

© AFP 2020 / Peter PARKS
Poll Reveals Mutual Trust Between Australia and China at All-Time Low
Allison, however, argues that amid the recently escalated tensions between the two countries, Australia is unlikely to take advantage of the Belt and Road initiative.

In early July, Beijing stated that it reserved the right to respond to new Australian policies of extending immigration options for Hong Kong residents and halting its extradition agreement with the region.

Prior to that, the Australian government pushed for an inquiry into China’s initial handling of the COVID-19 outbreak.