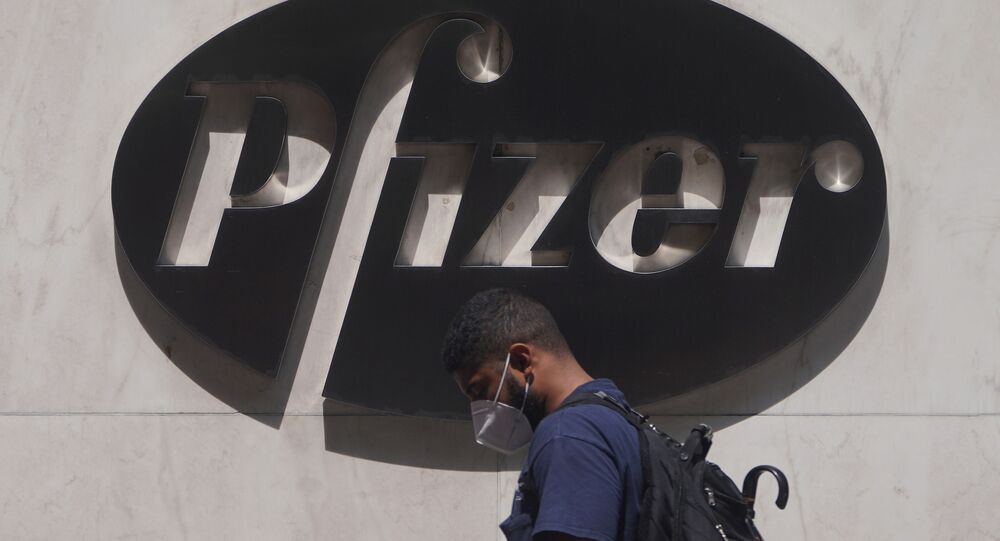 On Wednesday, the American pharmaceutical giant and German drug maker BioNTech were promised $1.95 billion in cash from the US government in exchange for 100 million doses of an experimental new COVID-19 vaccine which could be rolled out as soon as late December.

US Pharmaceutical industry lobbying watchdog Patients Over Pharma has questioned the terms of Washington’s $1.95 billion deal with Pfizer and BioNTech for a coronavirus vaccine, pointing to the deal’s questionable terms, and the companies’ lack of commitment to sell the vaccine at cost.

“While we hope that this vaccine ends up panning out, it raises serious alarm bells to see taxpayers on the hook to hand Pfizer a massive profiteering opportunity and locking in a $20 per-dose cost before we even know how many doses would be needed for long-term protection,” Patients Over Pharma spokesman Eli Zupnick told The Hill.

“This is another deeply concerning move by the former drug company executives in charge of Operation Warp Speed who are shoveling money into the hands of drug companies without any meaningful transparency or accountability,” the spokesman added.

Operation Warp Speed, the Trump administration’s effort to ensure the speedy development of an effective coronavirus vaccine by early 2021, has doled out billions of dollars in federal monies to companies including AstraZeneca, Johnson & Johnson, Inovio, Merk, Moderna, Novavax and Vaxart.

The Hill points out that unlike the deals with other companies, the $1.95 billion Pfizer/BioNTech contract only applies to the 100 million doses and their distribution, meaning future purchases (the federal government has the option to buy up to 500 million more doses), could cost billions more. This particular vaccine also requires two doses, meaning the 100 million initial doses would be enough to inoculate 50 million Americans.

A Pfizer spokesperson told Reuters Wednesday that the drug giant wouldn’t receive any money from the government until it was developed, Food and Drug Administration-approved and manufactured in sufficient quantities, with the company spending its own money on research and development.

Bloomberg has speculated that Pfizer alone could make over $15 billion in revenue off its prospective vaccine, and Phase 2b/3 human trials, with BioNTech making its own profit projections on sales to Britain, mainland Europe and other markets as well. The companies expect to start trials before the end of this month, with an FDA review expected as early as October.

© AP Photo / Elaine Thompson
Bill Gates Says Multiple Coronavirus Vaccine Doses May Be Required for Adequate Protection
At $20 a pop, the Pfizer/BioNTech vaccine is on the higher end of the pricing scale, with AstraZeneca promising a vaccine in the $3 a dose mark, while Johnson and Johnson estimate a price in the $10 range for their treatment.

Pfizer chief business officer John Young told US lawmakers Tuesday that a coronavirus vaccine should be free to the public, but would not make a commitment to sell his company’s preparation at cost. Moderna, whose own vaccine candidate has been shown to provoke serious side effects in recent human testing, similarly refused to make a commitment to at-cost distribution.