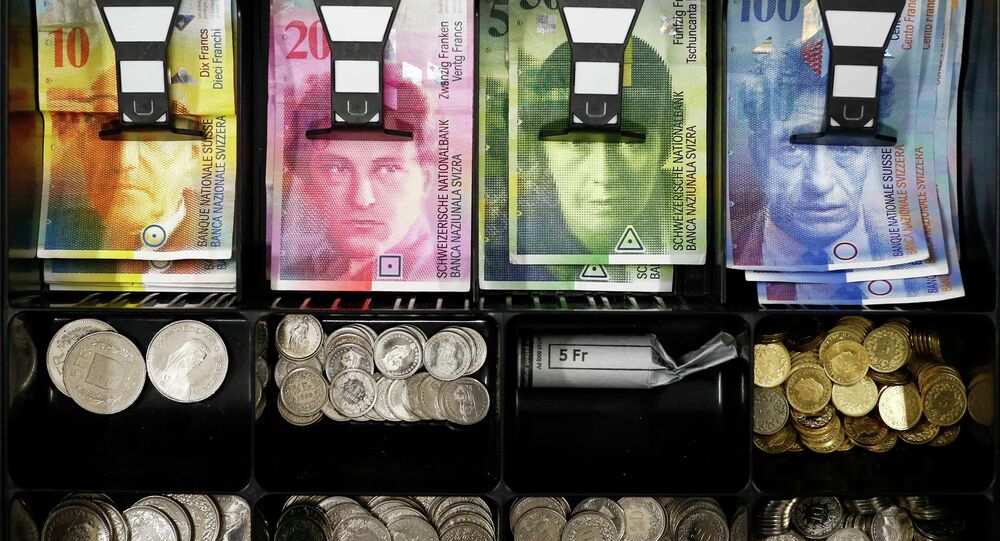 Switzerland has been trying for years to stem the rise of the franc, one of the world’s most-traded currencies, through monetary interventions and keeping interest rates deeply negative. The US believes this gives the Swiss an unfair trading advantage.

To get the “currency manipulator” label in the United States, a country must meet three requirements: have a significant bilateral trade surplus with the US, have a material current account surplus, and conduct large-scale interventions in the foreign exchange market.

UBS Group economist Alessandro Bee said that Switzerland now meets all three criteria and currently “much depends on the diplomatic skills of the Swiss authorities and the goodwill of the US”.

Although the US might not take reprisal steps, “meeting all three formal criteria is likely to lead to increased uncertainty about the SNB’s future monetary policy and is likely to increase volatility” in the exchange rate, he added.

What does this mean?

Central banks may depress the value of their domestic currencies in order to advantage the economy. A weaker domestic currency provides a competitive edge to a nation’s exports in global markets and makes imports more expensive. Higher exports cause higher economic growth.

The designation means the US believes that the other nation’s central bank does not value its currency fairly. The main purpose of such moves is to force the “offending” nation into negotiations with the US over their foreign exchange practices.

Switzerland’s central bank (SNB) has been purchasing foreign currency and keeping benchmark interest rates in negative territory to depress the value of the franc, one of the safest havens for investors during times of market turbulence. Despite the efforts, the franc has grown against the euro and the dollar in recent years.

What’s the US position on Switzerland?

The US Treasury put Switzerland on its watch list in its latest semi-annual report in January, alongside countries like Germany, South Korea and Japan. It also called on the Swiss government to cut taxes and increase public spending so that the franc strengthened relative to the US dollar.

The SNB insists that its interventions are not meant to give the Swiss economy an advantage in trade, and that it merely seeks to ensure price stability and avoid a recession.

Switzerland was already added to the watchlist in 2016 when it scrapped the euro peg, but was removed two years later.

The Treasury usually publishes its report on foreign exchange policies of major trading partners in every October and April, but the one in October 2019 was only published in January this year due to China-US trade talks. The next report is due soon, but no specific date has been announced.

In January, the Treasury dropped its designation of China as a currency manipulator just days before the US and China were due to sign their Phase One trade deal.