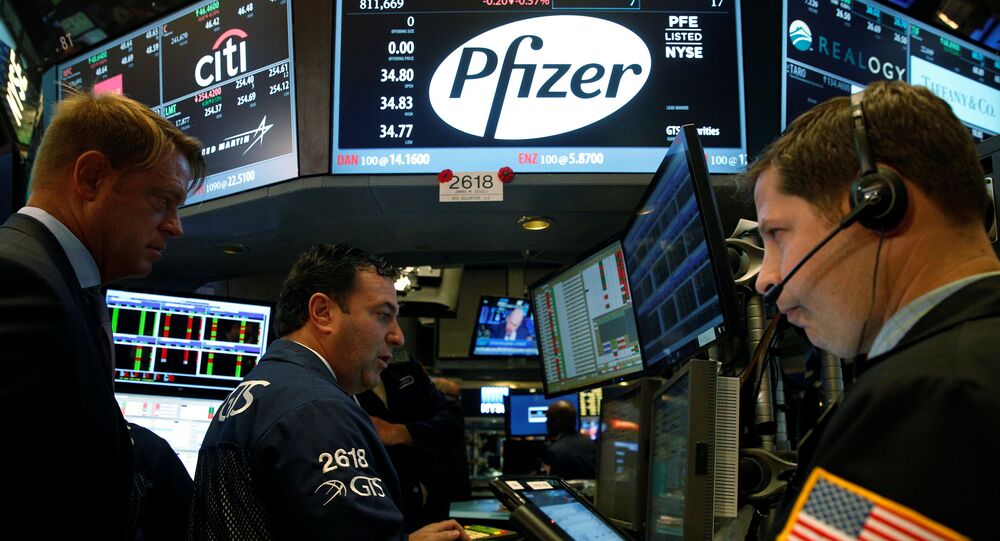 If everything goes to plan, Americans could begin receiving the vaccine, free of charge, as soon as December of this year.

The US federal government has committed $1.95 billion for 100 million doses of an experimental novel coronavirus vaccine being developed by US pharmaceutical giant Pfizer and German drug company BioNTech, with an option to buy up to 500 million more doses at a later date, Bloomberg reports.

The experimental vaccine still requires Food and Drug Administration approval, with Phase 2b/3 human trials set to start before the end of the month and reviewed in October. If they prove successful, the 100 million doses could be made in time for the Christmas holidays, and up to 1.3 billion doses can be manufactured in 2021.

The vaccine candidates the companies are looking at are said to require two doses, meaning 100 million injections would be enough for 50 million Americans.

A Pfizer spokesperson told Reuters that the pharmaceutical giant would not get any payment from Washington until and unless the vaccine proves safe and effective and is manufactured in sufficient numbers.

The US government’s ‘Operation Warp Speed’ inoculation program has previously promised to deliver coronavirus vaccines to 300 million Americans by January 2021, with the Pfizer/BioNTech working on four separate possible COVID-19 vaccines, two them fast-tracked by the FDA.

In a Tweet on the development, the White House’s communications department stressed that “the Trump administration is working around the clock to get a vaccine to the American people as soon as possible.”

As President @realDonaldTrump pledged yesterday, we will defeat this virus once and for allhttps://t.co/Kj2ugl20DP

Bloomberg Intelligence analyst Sam Fazeli has calculated that the federal government’s deal with the pharma giants indicate a per dose price tag of about $20, and noted that if it needed to be used repeatedly, it could rake in piles of cash for the companies. “If this vaccine prevents disease after one use, we calculate a windfall of more than $15 billion revenue for Pfizer,” he estimated.

BioNTech has ambitious profit-making plans for the rest of the world as well, planning to net $36 per dose in the US, $30 per dose in Europe and $12 per dose in other markets. Along with its partner Pfizer, the German company already agreed to supply the UK with 30 million doses of its vaccine for an undisclosed price.

The US government previously committed up to $1.2 billion to British-Swedish pharmaceutical giant AstraZeneca on news of its work with Oxford University on a promising coronavirus vaccine. Other companies which have taken advantage of generous government grants include Johnson & Johnson and Moderna Inc.

© REUTERS / Amanda Perobelli
'This is Definitely Not Standard Operating Procedure', Professor on Coronavirus Vaccine
Pharmaceutical companies and biotech institutions in countries around the world have been working on about two dozen separate coronavirus vaccines, and have been racing to push through human trials to become the first to get them to market.

The speed of the research and testing has sparked concerns among some medical professionals, with development and testing which might otherwise take years now being done in a matter of 6-12 months. In May, polling by the AP-NORC Center for Public Affairs Research found that only about 49 percent of American adults surveyed planned to get vaccinated once a vaccine becomes available, with 20 percent telling researchers that they would not be vaccinated and 31 percent saying they were unsure what they would do.

COVID-19 Vaccine Could be Ready Before Christmas, UK Researchers Say

'This is Definitely Not Standard Operating Procedure', Professor on Coronavirus Vaccine