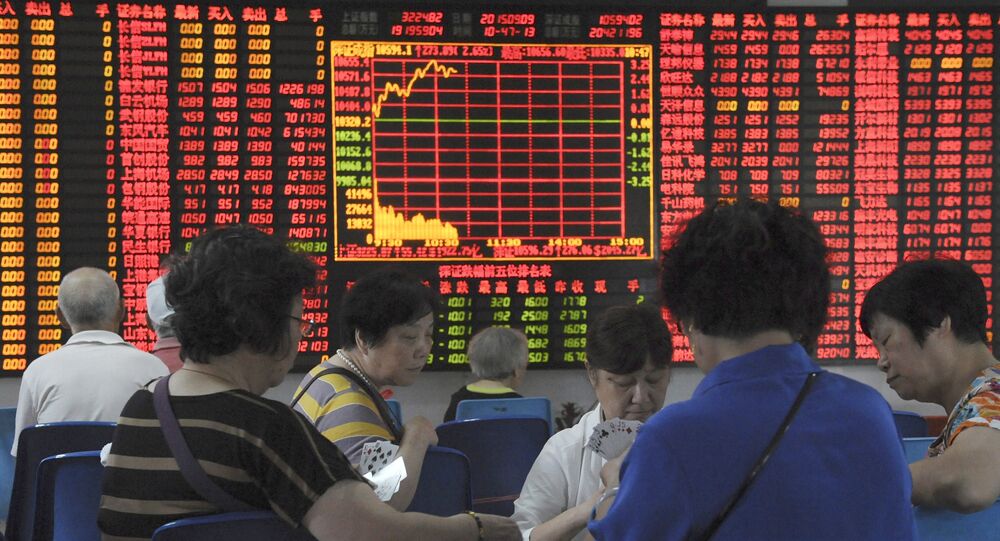 The developments follow a decision from the key Chinese chipmaker to delist from the New York Stock Exchange amid the ongoing US trade war with China, where President Donald Trump passed measures in May to block US tech firms from supplying numerous technologies to mainland tech companies, citing national security concerns.

China's largest chip manufacturer, Semiconductor Manufacturing International Corporation (SMIC), saw its stocks skyrocket at its initial public offering (IPO) as the firm left the New York Stock Exchange for the Shanghai Science and Technology Innovation (STAR) board, it was reported on Thursday.

The Shanghai Composite Index surged to its highest value since 2018, or a 9 percent increase, adding $1tn to its market capitalisation due to a spike in foreign investment, the South China Morning Post reported on Thursday.

“Semiconductor companies are the darling of Chinese investors nowadays as tension between the US and China escalated. The battle in the technology field, particularly in chip-making, has largely fuelled Chinese investors’ enthusiasm in home-grown manufacturers,” Ivan Li from Loyal Wealth Management in Shanghai said in a statement as cited by the SCMP.

The news comes after the STAR platform became the world's second-largest trading exchange in terms of initial public offerings (IPOs), second only to the US NASDAQ and surpassing the Hong Kong Stock Exchange, according to reports.

The SMIC listed itself on the STAR exchange last week with a $7.5bn IPO, the world's largest IPO in decades, amid a massive increase in foreign capital after mass-producing semiconductors for Huawei smartphone amid the ongoing trade war.

The IPO comes after the Chinese State Council pledged $1.4tn in a bid for the mainland to take the lead as the globe's top tech hub, with the massive investment set to build technologies in artificial intelligence, 5G and 6G, renewable energy, infrastructure and numerous others to tackle challenges from the ongoing COVID-19 pandemic and US trade war.

The STAR listing comes as China's economy grew 3.2 percent in the second quarter amid the ongoing coronavirus pandemic, becoming the first country to bounce back from the crisis, National Bureau of Statistics (NBS) figures revealed on Thursday.

The Chinese economy had overcome the "adverse impact" of the epidemic to show a "momentum of restorative growth and gradual recovery", indicating a resilient market, the NBS said in a statement, adding that some indicators were still in decline and losses from the pandemic "need to be recovered".

"Given the continuous spread of the epidemic globally, the evolving huge impact of the epidemic on the global economy and the noticeably mounting external risks and challenges, the national economic recovery was still under pressure," it concluded.