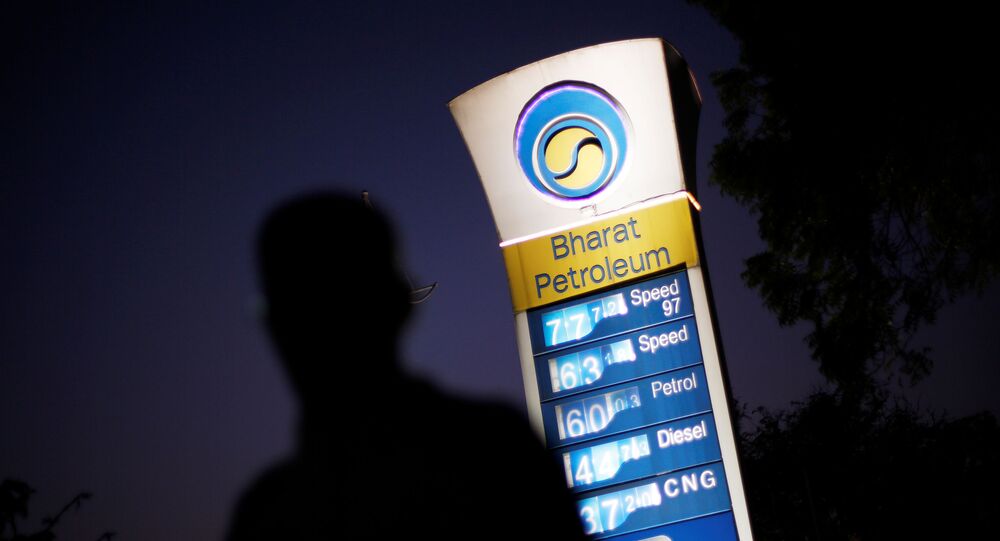 Analysts Say Oil Price May Rebound to $150 by 2025 After This Year's Collapse, WSJ Reports

MOSCOW (Sputnik) - After the collapse of fuel prices at the beginning of the year due to the COVID-19 pandemic and disagreements between OPEC and non-OPEC states, oil prices still have chances to rebound and even plummet to above $100 per barrel, reaching $150 by 2025, analysts told the Wall Street Journal (WSJ).

"That funding pressure is going to be massive. It is going to be really difficult for some of the producers to produce," Trevor Woods, the chief investment officer of Ohio-based hedge fund Northern Trace Capital, said, as quoted by the WSJ, adding that "we could hit $150 pretty easily by 2025."

According to Christyan Malek, an analyst at JPMorgan, the decline of investments will have a lasting impact on oil production opportunities.

The analyst estimates that oil production will fall by 5 million barrels per day — or 5 percent of pre-crisis levels — and it will require the investment of an additional $625 billion by 2030 for production and demand to reach a balance. As a result, oil prices will rise and may reach $100 per barrel over the course of the next two years, the expert believes.

Richard Fullarton, the chief investment officer of London-based investment fund Matilda Capital Management, said that the oil prices had all chances to surpass the $100 mark as early as in the second half of 2020.

Other analysts suggest that demand for raw materials will not rebound in the near future, and the price will remain low. Most experts tend to think that in the long term, the oil prices will remain at a level that will allow producers to make a profit by extracting the amount of fuel necessary to meet demand.

© Sputnik / Alexey Filippov
France’s Total Sends Rig to South Africa’s Shores in Search of Oil Amid Recovering Crude Prices
However, the COVID-19 pandemic is complicating forecasts, as investors are not sure about consumers' future preferences and a transition to renewable energy.

An unprecedented drop in oil demand amid global coronavirus lockdowns, coupled with the subsequent price war between OPEC and non-OPEC countries, has resulted in a deep crisis for the energy market.

Prices for US oil futures briefly fell below zero in late April amid a global glut and small- and medium-sized US shale oil companies are teetering on the edge of bankruptcy.