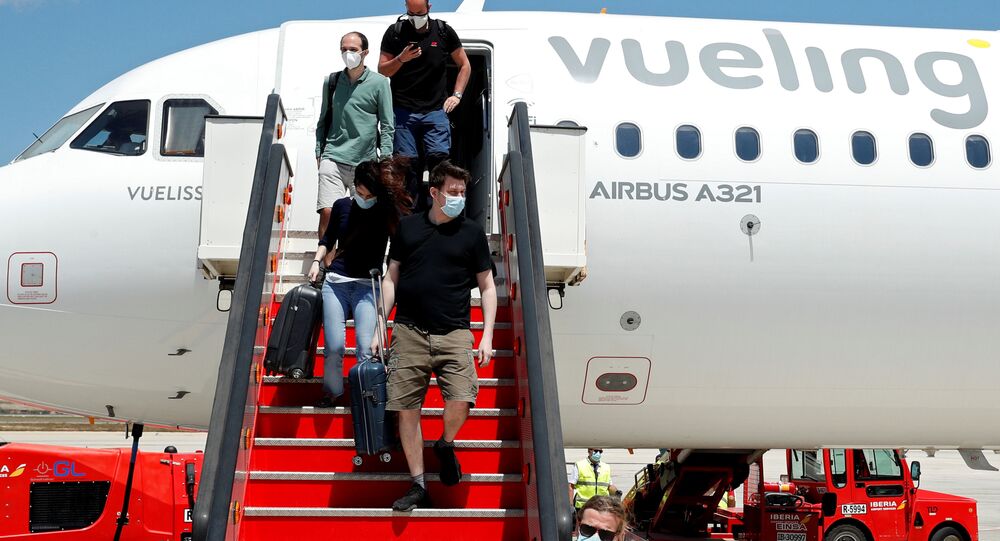 The news comes amid new guidelines recommended by one of the world's top aviation bodies which aim to restart the travel industry hit by the ongoing COVID-19 pandemic.

Roughly 58 percent of passengers will avoid air travel due to the risks in contracting coronavirus and 33 percent would avoid travelling in the future, a new survey from the International Air Transport Association revealed on Tuesday.

When asked about the top three measures that would be needed to improve safety, 37 percent said they wanted COVID-19 screening at departure terminals. 34 percent agreed with wearing face coverings and 33 percent would follow social distancing measures on board aircraft.

43 percent would undergo temperature screenings and 42 would wear safety masks while travelling, the survey found. Over one-third (39 percent) would take COVID-19 tests before boarding flights and 38 percent would agree to seat sanitisation.

The survey also found that roughly 45 percent said they would return to travel after a few months of the pandemic, down from 61 percent in April, indicating "blockers" to returning to travel levels before the pandemic.

While 57 percent of travellers planned to fly for family and friends, 56 percent for holiday and 55 percent for business, 66 percent said they would travel less and 64 percent would delay travel until after the economy recovered.

Quarantine was a major blocker to an industry rebound, with 85 percent reporting concerns of being quarantined while on holiday. Only 17 percent were willing to undergo quarantine, according to figures.

People were "clearly concerned" about COVID-19 while travelling but were reassured by "practical measures" introduced by government and the aviation industry, IATA director general and chief executive Alexandre de Juniac said in a statement, citing 'Take-Off' guidelines from the International Civil Aviation Organisation.

"This tells us that we are on the right track to restoring confidence in travel. But it will take time. To have maximum effect, it is critical that governments deploy these measures globally. This crisis could have a very long shadow. Passengers are telling us that it will take time before they return to their old travel habits," he added.

Speaking to journalists, he concluded that passenger confidence would "not be re-built overnight", but measures would need to be reinforced, stating: "I am hopeful that, as people start to travel again, we will build up some momentum."

"With time, [travellers] will become more used to these measures [and] airports and airlines will become even better at managing people flows. Yes, the trip felt different. But the changes were no great hardship. If that is the price for the freedom to travel, count me in," he concluded.