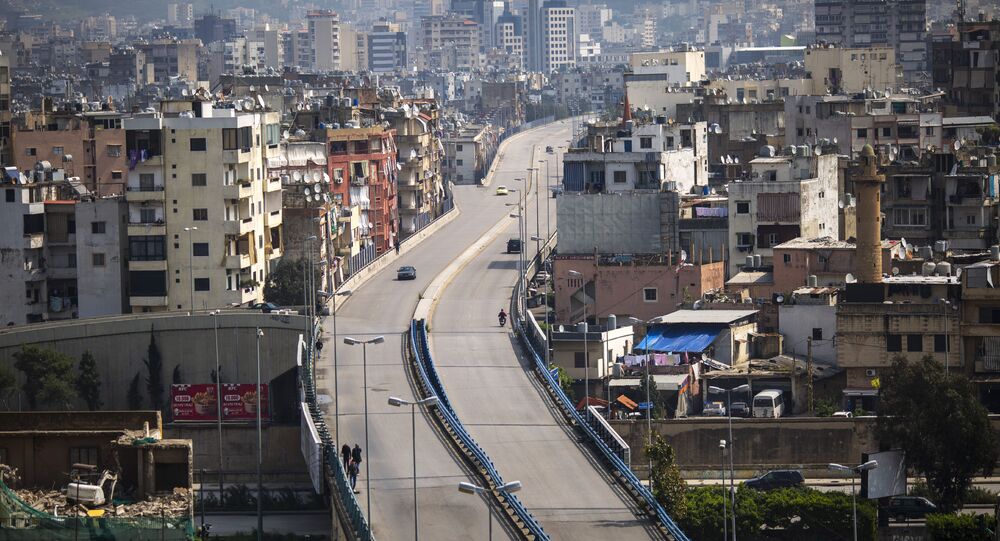 MOSCOW (Sputnik) – Bailout talks between Lebanon and the International Monetary Fund (IMF) have been suspended, as the local authorities need to agree on reforms to be implemented to settle the ongoing economic crisis as soon as possible, Finance Minister Ghazi Wazni said on Friday.

"Negotiations with the International Monetary Fund were suspended, waiting for Lebanon to start implementing reforms as soon as possible and agree on a common approach on numbers. But until rounds of talks resume, I will maintain a constant contact and communication with the fund," Wazni told the Lebanese Al Joumhouria newspaper.

The Lebanese authorities are now working to determine the losses and their amount in all sectors, the minister added.

"We have to develop a unified vision agreed upon with all political forces and in coordination with the government and the parliament, as time does not longer allow to delay [it]. We must agree as soon as possible," Wazni said.

Earlier this week, a senior member of Lebanon's team of negotiators with the IMF, Alain Bifani, resigned over his disagreement with the government’s strategy and the solution to resolve the lasting economic and financial crises.

Lebanon has been gripped by widespread protests for months, and the public unrest eventually led to the toppling of the previous government in October. Demonstrators have consistently demanded economic reforms amid a worsening financial crisis in the country, which has resulted in the sharp depreciation of the local currency.

In February, the Lebanese government adopted a plan of action aimed at preventing the country's economy from collapsing. The IMF said later the same month it would provide technical aid to help Beirut deal with the macroeconomic challenges following the first round of "productive" talks between the sides.

Following this step, the IMF and Beirut successfully concluded in early May the first round of negotiations aimed at restoring Lebanon’s economy. Later in the month, the IMF officials and the Lebanese authorities said they would continue the talks.

The IMF said then that the accumulated losses of the country’s central bank amounted to at least $49 billion, according to media reports.