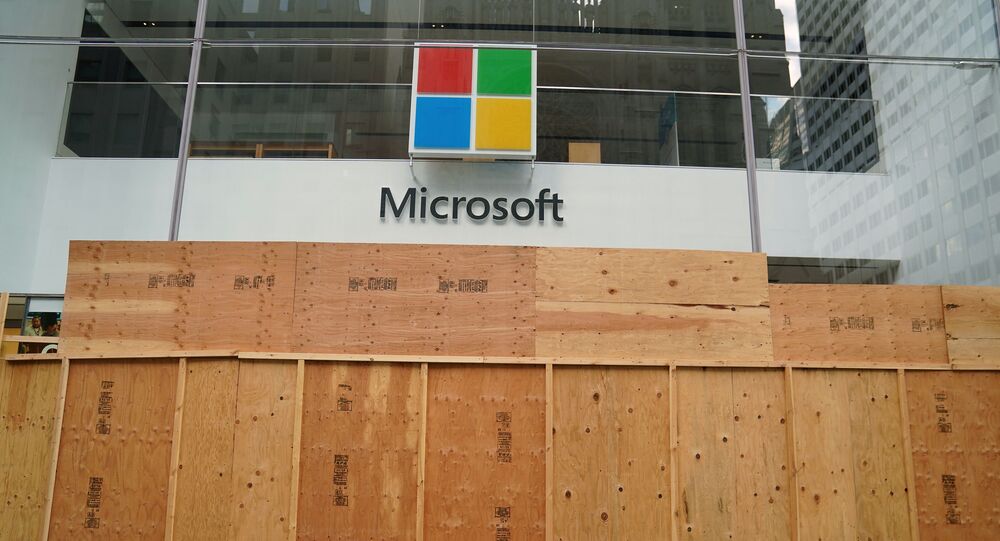 Earlier in May, the multinational technology company suspended advertising on Facebook and Instagram in the United States, according to an internal correspondence transcript seen by Axios.

Tech giant Microsoft has pulled all advertising from Facebook and Instagram worldwide, objecting that its ads allegedly appear next to “inappropriate content”, Axios reported Monday, citing an internal correspondence transcript.

The move came following a similar action taken by the technology company in May, after it halted advertising on the two social platform in the US.

Microsoft is reportedly concerned that its ads appear next to “inappropriate content” including “hate speech, pornography, terrorist content, etc.”

Capossela said that Microsoft has contacted Facebook and Instagram, noting that a resumption of Microsoft's advertising activity on the two social platforms depends on the response of the social media firms.

“The timeline on resuming our media spending is dependent on the positive actions they take, but I expect our pause will continue through August,” the COM said.

The official denied that Microsoft’s recent actions were a result of a boycott effort against Facebook after the social media giant's refusal to fact-check a controversial post by US President Donald Trump on George Floyd-related, anti-police-brutality and anti-racism demonstrations in the US.

“Our experience tells us that the most impactful means to effect genuine, long-term change is through direct dialogue and meaningful action with our media partners, including the suspension of real marketing dollars,” Capossela wrote in the post. “We’ve also learned from experience that it doesn’t help our customers, our media partners, or Microsoft to publicize our media spend strategy, but to instead work directly with partners on positive change”.

In 2017, Microsoft took similar action against Google’s YouTube over displaying ads alongside what the tech firm considered to be objectionable videos.